The cancel culture losers have come for many. And according to Charles Barkley, they quietly got him too.

On 106.7 The Fan in Washington DC, Barkley slammed the jackasses who aimed at him.

“Like, it’s gotten so out of hand right now, I couldn’t imagine having to watch myself. You can’t even have fun nowadays without these jackasses trying to get you canceled and things like that.”

Just who are these pathetic jackasses? Apparently, random people who’ve gotten to Barkley’s bosses at Turner.

“All we ever talk about behind the scenes now is, ‘Yo man, be careful going in this direction.’ We can’t even have fun anymore,” Barkley said of his Inside the NBA co-hosts. “We’ve had fun all these years, and now all of a sudden in the last year and a half, everybody’s trying to get everybody fired and it really sucks.”

“A lot of our bosses are cowards.”

Very true. That does suck. 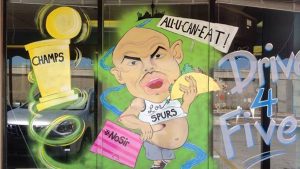 Barkley can’t quite understand the problem. He claims he didn’t call anybody personally fat.

Too late, though. You’ll never hear Barkley say it again. At least not on TNT, that is.

Later in the interview, Barkley, 58, said he plans to retire in just two years.

“[I’m] just having fun, talking about sports. I’m trying to hang on for another couple years until I’m 60, and then they can kiss my ass. I’m only working until 60. I’ve already told them that. We can’t even have fun anymore. We’ve had fun all these years, and now all of a sudden in the last year and a half, everybody’s trying to get everybody fired, and it really sucks.”

We’ll see if that’s true. It’s hard to see anyone walking away from that gig. Though if the “cowards” continue to muzzle Barkley, he could walk off on-set, during the show, at the age of 60. How fun would that be?

As one of the few internet writers who push back against cancel culture, I’ll take Barkley’s side. It’s either Barkley or the stooges who run TV networks. That said, there’s now a bigger question:

What’s worse, getting fired or told you can’t say “big ol’ women down in San Antonio”?

The debate is yours.