Add this to Charles Barkley’s straight talk express train that has left the station and doesn’t appear to be slowing down anytime soon. Barkley, who had strong opinions this week on the Breonna Taylor case and defunding police, appeared on The Ringer’s Winging It with Vince Carter podcast and gave his thoughts on Kenny Smith walking off the set back in August as players boycotted games in response to the Jacob Blake shooting in Kenosha, Wisconsin.

“I was pissed at Kenny,” said Barkley. “Because I didn’t think he should’ve walked off. He should’ve told us in advance. Because I had just said that it was bogus what the Milwaukee Bucks just did to the Orlando Magic. They didn’t tell them. And then like 30 seconds later, he did the exact same thing.

“I had no problem with him walking off. He should’ve told us so we could’ve prepared. The show was like, ‘Uh-oh.’”

And now Barkley’s in the crosshairs of the blue checkmarks for not falling in line. How dare Barkley not support our efforts to take away money from policing…cancel him!  Like Joe Rogan, good luck to the checkmarks who’ll try to cancel Barkley. They’re going to lose that battle.

“You know who ain’t going to defund the cops? White neighborhoods and rich neighborhoods,” Barkley said Thursday. “Who are black people supposed to call Ghostbusters when we have crime in our neighborhood? We need to stop the defund or abolish the police crap.”

Charles Barkley on defunding the police "Who are black people supposed to call Ghost Busters when we have crime in our neighborhood? We need to stop the defund or abolish the police crap" pic.twitter.com/uEIsnX729g 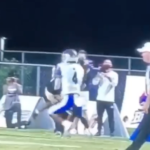 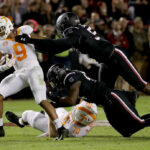