Look, guys, I completely understand that these days you’re required to own a pickup truck with a tonneau cover over a bed you never use unless it’s for luggage and maybe a cooler here and there. I see the Dodge Rams around town that will never taste a half-ton of No. 2 stone. What do you say we mix it up a little bit in 2021. Let’s get back to driving cars like this street-legal 1986 Chevy Monte Carlo Darrell Waltrip tribute car.

Imagine pulling up to that stoplight in Franklin, Tennessee next to a guy leasing a Dodge Ram so he fits in with his buddies on Instagram. Meanwhile, you’re strapped into the baddest mf’ing Monte in town. Dip in your lip. Six-pack ring of Busch heavy tallboys sitting in the passenger seat. Ratt’s classic album Out Of The Cellar ripping through the upgraded 6X9s you bought out of the Crutchfield catalog.

Dodge Ram Boy’s girlfriend Kylie leans over Chad to see what all the commotion is about and can’t believe her eyes. Orange is her favorite color. She gasps. She hasn’t seen a Tide car since her daddy showed her old 240p YouTube clips of D Dubya’s Lumina haulin’ ass around Daytona in ’89 praying to God he didn’t run out of fuel. Kylie’s father always preferred the Monte Carlo to the Lumina and told her it was devastating when Chevy stopped production on the Monte in 1987. It stuck with her, especially on this steamy summer night in 2021, post-COVID of course.

Chad took her out to grab some Applebee’s, like usual. It was just another in a long line of boring nights riding around in his leased Ram after eating off the 2 for $20 menu. He makes a snide comment about the “try-hard loser” next to them at the light. Kylie’s furious, but she’s busy analyzing what you have going on in the car. The music. The six-pack ring. The rumbling of the 383 cubic-inch stroker V8 rolling through her body. The Bud ‘King of Beers’ hat you’re wearing.

You look over at Chad, who’s still wearing his UNTUCKit slim fit button-down from another day of working at his father’s insurance business. Kylie’s over his shoulder. You smile and spit into your Mountain Dew bottle. Chad refuses to look, but Kylie is absolutely fascinated by what she sees.

Just then the light turns green, your foot buries the gas pedal to the floor, the ass end of the Monte drops, the Goodyears grab and you’re haulin’ ass down the road, ripping through the 700R4 four-speed transmission while Chad eases the Ram off the line.

Kylie gets home later that night and starts blasting texts out to all her girlfriends, asking if they know who drives the No. 17 Tide car. One thing leads to another, and Madison knows you from the bowling alley. Kylie leaves Chad and has the summer of her dreams in 2021. Wild, hot nights in the Monte cranking Crue. There’s even a crazy camping trip to Bristol for the night race, sitting in the Darrell Waltrip section, of course. Her friends think she’s lost her mind to leave a guy driving a Ram for a guy driving a DW tribute car, but she’s a registered nurse and this is exactly the type of fun she’s looking for after working with COVID patients and several boring years in that Ram.

Here’s where I tell you this life is possible, but you’ll have to pay somewhere in the $25,995 range for the chance to make it a reality. The No. 17 1986 Monte is for sale on Facebook out of Nashville. The dealership reports the car has 13,333 miles. “There’s also cruise control, a tilt steering column, the factory AM/FM/cassette stereo, and cold-blowing air conditioning. But this comfortable interior still does give you the race-ready feeling. You have a B&M Quicksilver shifter, full auxiliary readouts, and a large Sunpro tach with shift light. There’s even the large NASCAR-style rear view mirror.”

“This is the fun tribute with a cool look and a nice practical side. So if you like distinction at a value price, call today!” the seller says in the listing.

Think about it. Make a change in 2021. Out with the old, in with the cool. Try it for a year and let me know how it goes. Life is about to change. 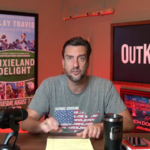 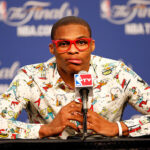