As the NBA’s crazy offseason unspools around us — an offseason that has been way more entertaining than the entire season, by the way — much of the talk has centered around the necessity that the Indiana Pacers trade Paul George lest they, like Oklahoma City with Kevin Durant in 2016, be left with nothing when George leaves them as a free agent at the end of next season. Assuming the Pacers know George is leaving that logic is sound. But here’s an interesting question that most aren’t asking — why aren’t the Cleveland Cavaliers in the exact same situation with LeBron James? And if they are, shouldn’t the Cavs be considering trading LeBron James? (Provided LeBron agrees to the deal since he has a no-trade clause).

I think the answer is yes, now let me explain why. (If you want to hear me argue it, here’s my argument from today’s Outkick the Show).

James, who becomes a free agent next season, is set to make $33 million this coming year and then has a player option for a $35 million contract next season. Expectations are that James will become a free agent and survey the NBA landscape before he decides where to sign next. The Cavs have zero salary cap room considering that Kevin Love, Kyrie Irving, Tristan Thompson and, unbelievably, J.R. Smith are all under big contracts for at least the next two or three seasons. (Love and Kyrie have player options in year three.) Hence the only way the Cavs can make their team better is probably by trading Kevin Love for either one season of Paul George or potentially two seasons of Jimmy Butler. But do either George or Butler make the Cavs better than the Warriors? I don’t think so. Assuming Golden State remains healthy the Warriors are virtually uncatchable next season.

If that’s true then what are the Cavs attempting to do here? Lose more nobly in the NBA Finals? And in the process mortgaging their future for years? Given that LeBron James will be 33 next season, the Cavs are confronted with three interesting questions: 1. Are we good enough to win the title this coming year with roughly the same players that we have now? 2. If not, are there players we can add to win the title? And finally, and most importantly: 3.Will LeBron James re-sign with us to finish his career in Cleveland?

The answer to the first question is, I believe, most assuredly no. The Cavs needed to play one of the greatest offensive games in the history of basketball to win a single game against the Warriors. Yes, they nearly won game three as well, but all three games at Golden State were nearly double digit wins. Given that Kevin Durant, Steph Curry, Klay Thompson and Draymond Green went 31-2 in their final 33 games, 15-1 in the regular season and 16-1 in the playoffs and that the Warriors lost only one game since the Super Bowl with all four stars playing, it’s hard to believe they will be worse this coming season. That’s why Las Vegas and the offshores have the Warriors as the biggest favorite in the preseason history of the NFL, NBA, MLB, and NHL. The current players on the Cavs roster aren’t beating a healthy Warriors team in the NBA Finals.

That brings us to the second question: do Paul George or Jimmy Butler change that? Not according to Vegas. The Warriors are still quite a bit better.

So if you can’t win the title with the team you have now and you can’t win with the players you could add, do the Cavs really gain that much by going to the NBA Finals again and losing there? I don’t think so.

Which brings us back to the number three question, will LeBron re-sign and finish his career in Cleveland?

If LeBron does re-sign you’re locking in a $100 million+ deal for a player who will be on decline. Much like Kobe Bryant with the Lakers, LeBron’s talents will diminish as he hits 34, 35, 36, 37, and potentially 38. So do the Cavs want to lock up their franchise’s future with an aging player at $40 million a year? And that’s assuming LeBron even re-signs with you. It’s actually much more likely that LeBron brings us Decision 3.o and embarks on a new quest for championship glory with a new team in a new city, most likely the Lakers in Los Angeles.

If LeBron’s going to leave after this upcoming season and you’re unlikely to win the title even if he stays, that leaves the Cavs with an interesting question, why keep LeBron now if he’s going to walk at the end of the year? That’s even more the case if you trade for Paul George, give up Kevin Love in the process, and then Paul George walks too. That would mean all that’s left in Cleveland of the big three is Kyrie Irving. The Cavs hit bottom, head back into the lottery, and begin the rebuilding process.

So why not be a smart businessman and shorten that interlude of awfulness? Even if most initially recoil at the idea, odds are LeBron will never win another championship in Cleveland. Yes, LeBron has a no-trade clause so he’d have to agree to any trade, but what if the Lakers were willing to give you their number 2, 27, and 28 picks and toss in a couple of additional players of your choice? Potentially you could even get future draft picks from them as well.

Isn’t this the basketball equivalent of what Jimmy Johnson did with Herschel Walker and the Dallas Cowboys years ago? Of course this is complicated by the fact that Cleveland just fired its general manager and you’re talking about trading the second best player of all time, but with three first round picks and Kyrie Irving and Kevin Love committed for multiple years, the Cavs would be a playoff team for the foreseeable future. If your draft picks turned out to be quality additions, you might be back in the championship picture in three years or so. Sure, fans might be angry initially, but they’re going to be angry if LeBron leaves in a year too. This way you get something for LeBron.

Plus, LeBron’s already fulfilled the promise he made to the city — he’s brought a title back to Cleveland.

So why would LeBron agree to the trade? Well, he’d be joining a Lakers team with salary cap room. Maybe LeBron takes less than the maximum that would be owed to him in 2018 and is able to build a brand new super team with Paul George in LA. Carmelo Anthony is a free agent after next season. Maybe Chris Paul would take less money too and you could create your own super team with your best friends in basketball — LeBron, Carmelo, Chris Paul, and Paul George all playing for the Lakers in the 2018 season.

Sure, 2017 would be a challenge and you wouldn’t have the horses to win a championship, but by 2018 the western conference finals between the Lakers and the Golden State Warriors would be a battle for the ages. Meanwhile Cleveland is able to avoid collapsing after LeBron leaves.

When you really break down the situation, assuming that LeBron isn’t going to resign with Cleveland, the Cavs should work out a trade for him now.

Even if, as I’m sure will be the case, many fans consider the move crazy, it’s actually brilliant. LeBron, as good as he is, is a declining asset on a team with no ability to surround him with championship assets. The smart play for the Cleveland Cavaliers is to trade LeBron now. 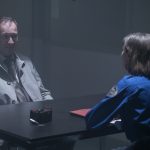