Wentz is officially reported as a lower body injury, a description usually reserved for the NHL where health reporting rules are more lax.  Reagor will likely be listed with upper body injury which is the types of injury descriptors that are unique to the Eagles and new to the NFL this season.

Being that there is no injury reporting requirement in the preseason, the Eagles are free to report (or not) the way they choose.

The Eagles finished practice today without their last five top/first round picks adding Wentz and Reagor to already missing Andre Dillard (biceps tear), Dallas Goedert (hairline fracture thumb) and Derek Barnett (lower body injury). Wentz is reported to have a “minor soft tissue injury” and is said to be day-to-day.

The likelihood is a mild muscle strain but details are not available. The concern is high for fans given that Wentz has not finished three of his first four seasons due to various injuries.

Reagor was injured on an interception while trying to make a tackle.

Although there was no video, he was seen holding his right wrist. Holding the wrist makes sense to support an unstable shoulder that dislocated making a diving tackle on the turnover. He likely dislocated his shoulder and suffered a labral tear on the play, one that perhaps in practice should be blown dead after the turnover to reduce the higher rate of injury. Reports are a MRI for his shoulder and is said not to be serious.  I would expect to next see Reagor in about two weeks and to wearing a right shoulder strap/harness which might restrict his catch radius. He could return to play Wewk 1 but the likelihood is a short absence where he will return in September. Sounds like he will try to finish the season and delay surgery for definitive repair.

The injuries are starting to pile up for the Eagles and around the league. This is not a surprise given the higher chance for acclimation injuries given the lack of offseason program.

The clarity and timeline of injuries will improve with the first official injury report on the Wednesday before the first Sunday slate of games. Until then we are left using context clues for most injury analysis. 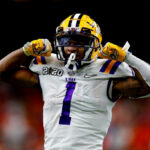 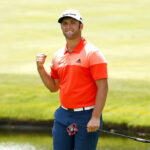