One of the interesting things about the NBA bubble is that there will be a number of physical transformations. There was a theory floating around that players could return portly after months away from their teams’ physical conditioning protocols. However, Nikola Jokic lost a substantial amount of weight, and now Carmelo Anthony also arrived looking svelte:

Here is what Carmelo, who plays for the Blazers now, looked like the last time we saw him: 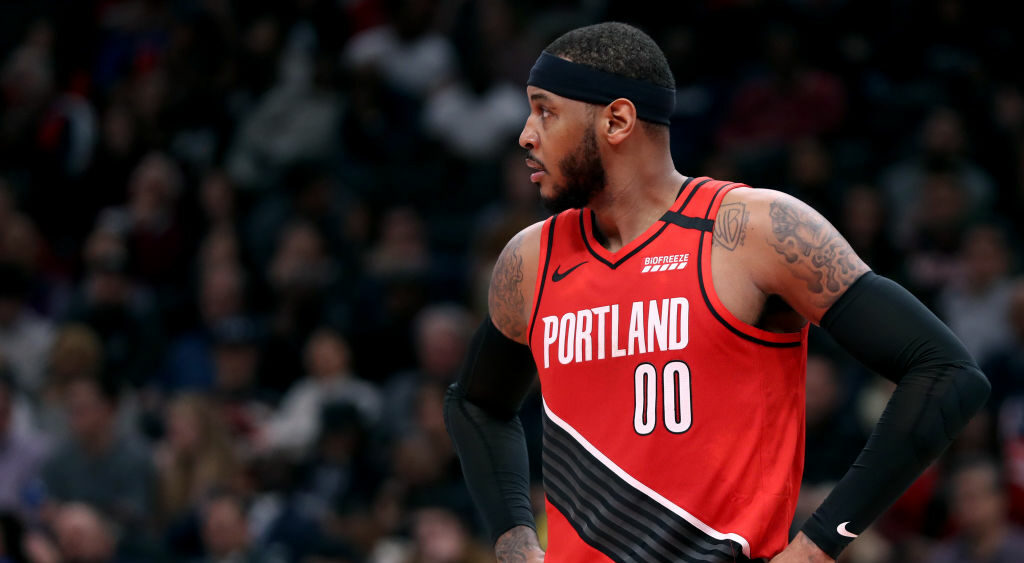 So, it’s not as though Carmelo was out of shape or anything earlier this season. However, he does appear to have less meat on his bones. Whether or not that translates into production in the bubble in Orlando remains to be seen. As Bleacher Report notes, Carmelo had a previous stretch as a very thin person in 2014 while a member of the Knicks.

Portland enters the bubble 3.5 games behind the Memphis Grizzlies for the last spot in the western conference playoffs. Therefore, they would need to go on a tear for a chance to pass them with just eight regular season games remaining, but it also isn’t something that is a thousand percent out of the question.