COVID-19 continues to take its toll on the NFL. Arizona Cardinals wide receiver Larry Fitzgerald is the latest to contract the virus, and it will cost him this weekend’s game against the New England Patriots.

#AZCardinals WR Larry Fitzgerald has tested positive for COVID-19, sources tell me and @TomPelissero. Fitzgerald will miss Sunday’s game against the #Patriots.

With players like DeAndre Hopkins, Christian Kirk and Andy Isabella in the fold, this isn’t as devastating news as it would have been for the Cardinals a few years ago. Fitzgerald currently ranks second in receptions (43) and third in receiving yards (336). He has zero touchdowns on the year.

Still, the longtime Cardinal is viewed as a leader in the locker room, and his status on the team is unmatched. But there are still enough weapons for rising star Kyler Murray to target effectively.

Arizona was a 1.5-point favorite before the news broke, and it is unlikely that the line will change with this news. 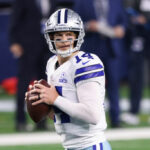 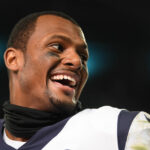