Bucks star Giannis Antetokounmpo made it clear he wants the Bucks to “get creative” and improve this roster. He’s really saying: mortgage the future to get me a running mate before I dash for Pat Riley or Golden State. Smart to force his small market Milwaukee Bucks to go big or go home, and it should work.

We looked around the league, and here are the five players Milwaukee COULD grab this off-season.

Hard to match the desperation of the New York Knicks, but Milwaukee’s need for a second star helps. New York is the only other team that can’t acquire talent outside of a trade. Knicks can’t get a star for basketball reasons while the Bucks aren’t getting a soul to agree to living in Wisconsin.

CP3 takes all the pressure off Giannis late-game and frees the floor up to play his game at the rim. NBA analysts are getting so caught up trying to force the Greek Freak into shooting when he could play with someone else that fills that need. Asking Giannis to shoot the rock like CP3 and Steph is like demanding Pete Rose to lower the shoulder and hit homers.

Stop trying to change who Giannis is and make a trade for a player who enables Giannis to be himself.

Most fans remember his poor 2019-20 season, but he emerged as a strong player late-season. Utah grabbed him last off-season with the intention of taking the ball-handling load off Donovan Mitchell, but he showed he could do it himself. Giannis hasn’t shown the ability to handle the ball late in games because of that inability to shoot. He could really use a player like Mike Conley.

Conley was moved to the bench this season, so Milwaukee should be able to pry him away for much cheaper than some of these other deals.

Giannis struggles late in games largely because of defenses loading up one side of the court to prevent his drive. Having Lonzo Ball’s play-making ability on the other side of the floor could help pick this coverage apart. Ball isn’t a star, but he can be situationally convenient for this Bucks team.

This deal has legs since the rumor has it that big man Karl Anthony-Towns wants out. Why hang on to Russell when you can blow the whole Minnesota dumpster fire up now? If ownership decides to move on from their current roster, Russell surely can handle the ball in Milwaukee.

The Bucks aren’t exactly asking a point guard to come in and be a hero. They need a player that has the ability to run the show for a few minutes when Giannis plays off the ball. It won’t take Magic Johnson to accomplish their goals, but Eric Bledsoe ain’t it.

Toronto is already looking to re-load their roster after arguably the best Raptor ever carried them deep in this year’s playoffs. Lowry being 34-years-old could prove to be a major asset for the Milwaukee Bucks. His age helps drive the asking price down, but it leaves a short window.

No reason for Bucks ownership to worry about a short-term reinforcement because that’s exactly what Giannis needs. If Lowry can help the Greek Freak win a championship, it’s highly unlikely he skips town. Again, Lowry is no LeBron or KD, but his late-game ability is all the Bucks need.

Regardless of whom the Milwaukee Bucks pick, it needs to work because Giannis isn’t accepting the blame if they fall short. No star would stay with a basketball team in Wisconsin with no path to a title. Common sense is that winning has to be a staple if the Bucks want to keep Giannis’ eye off 2021 free agency. 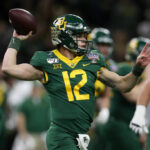 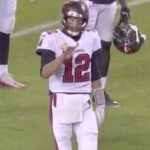