Stetson Bennett IV is an unlikely starter for Georgia at quarterback. The former walk-on who chose to transfer and come back was never supposed to be “the guy” on a week-in, week-out basis. But here we are, and Bennett has been good — not great — so far for the Bulldogs.

But Georgia needs Stetson to be great on Saturday night against Alabama.

Outside of a few outliers such as Bo Nix in 2019, it has taken elite quarterback play to bring down the Crimson Tide. Whether it be Tim Tebow, Cam Newton, Johnny Manziel, Chad Kelly, Deshaun Watson or Trevor Lawrence, it takes a top-notch performance. Even South Carolina’s Stephen Garcia looked elite in that one game against Alabama in 2010.

Bennett has already been an amazing underdog story. He’s already achieved something not many people thought would be possible. But now he’s got a chance to do something no Georgia quarterback has been able to do since Matthew Stafford — beat Alabama.

The Tide’s defense has struggled through three games, but there is still plenty of talent there. The group actually stacks up better against the Bulldogs than they have against any of the other offenses they’ve played so far this season.

In other words, don’t expect the Georgia offense to look like Ole Miss.

The good news is they don’t have to. With the elite defense backing them up, they can afford to be a team that scores between 24-32 points and still come away with a victory in Tuscaloosa. But they are more than likely going to need Bennett in order to do that.

With seasoned guys in the front seven such as Dylan Moses, LaBryan Ray and DJ Dale, Alabama has a defense capable of making Georgia’s offense one-dimensional. It doesn’t mean that’s a guarantee, but it’s certainly a possibility.

The game plan for the Tide defensively is going to include just that. Force the Bulldogs to be one-dimensional while shutting down the run. Force the game onto the shoulders of Bennett and see how he does. That’s something that hasn’t happened yet, so we don’t know how he would respond.

With a stout defense and a ground game that must be respected, Georgia’s offense has a chance to make a statement in this game. But that statement has to include Bennett. It has to include him pushing the ball downfield and creating explosive plays in the passing game.

If he can’t do that, the Alabama offense should have enough wins in a tough battle against Georgia’s defense to come away with a victory. 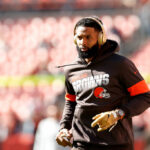 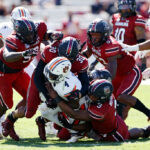