The New England Patriots were well on their way to a game-winning drive in the red zone with just 35 second left, until Cam Newton fumbled the game away. Fumbling on a scramble down 24-21 with with the ball inside the 20 is not what Bill Belichick was looking for. That giveaway locked in a fifth straight loss for the Pats and solidifies this Newton-Belichick experiment as a disaster.

Cam Newton’s fumble ices the game for the Bills 😯

Seems like yesterday when Tom Brady was making these game-winning drives in Buffalo look easy. We gave the Belichick-led defense all the credit and constantly claimed Brady’s late heroics were a product of a failing division. Now, Cam Newton in those same scenarios makes what Brady did for almost two decades seem hard. Turns out you can’t swap any quarterback into New England’s “system” and make them an all-pro. The system now looks more like Tom Brady’s presence as the Bucs trend as one of the best teams in the NFL.

A bad look for Cam Newton, who came into the ’20-21 season looking for redemption. How can any coach believe they can get Cam to show out for them when he can’t get it done in New England with arguably the greatest coach of all-time in his ear? Newton’s agent has a ton of explaining to do when this year’s over. Let’s leave it at that.

Kind of sad watching Newton collapse after the COVID diagnosis, because we were really rooting for him. 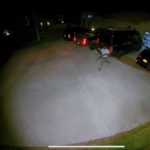 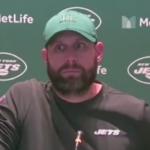