Buffalo running back Jaret Patterson is in the record books, and he has the Kent State defense to thank.

Well, that and his own talents.

Patterson broke his own school record, and MAC record, by rushing for a whopping eight touchdowns on Saturday, as the Bulls walloped the Golden Flashes by 70-41 count.

It didn’t take the junior standout long to get going, either. He scampered 62 yards on the first play from scrimmage. He then scored on a 3-yarder on his second carry, just 45 seconds into the game.

To provide further contest on this dominant performance, consider that Patterson finished with eight rushes for 156 yards — in the first quarter alone. He also scored five of those eight TDs in the first half.

Eight rushing TD ties an NCAA record. The Bulls are 4-0. It’s turned into a really notable season for football in the city of Buffalo, and Patterson is among the reasons why. 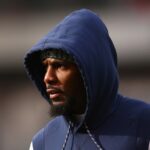 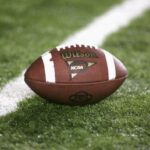