After the most humiliating loss of 2020, and of Tom Brady’s two-decade career, the Tampa Bay Buccaneers bounced back beating the Panthers, 46-23.

Tampa fumbled the football on the first possession of the game — then scored each time after, including four touchdowns from Brady. In the second half, the defense came alive, allowing only one score.

While beating the Panthers doesn’t change a team’s narrative, Sunday’s win confirmed the Bucs’. Tampa Bay is the most inconsistent team in the NFL. Great some weeks, simply bad the others.

The talent at receiver is ridiculous. Antonio Brown added seven catches and 69 yards. When Ronald Jones runs for 192 years, forget about it.

The defense, led by athletic linebackers, can create nightmares. This was on display against the Packers, the game the Bucs convinced football film guys no team is better.

Then there are the weeks Tampa plays as poorly as the non-playoff squads. It has happened in all three losses and in the win over the Giants. That’s four of nine weeks.

Week-to-week, Tampa is a mystery.

Perhaps, in the playoffs, Good Bucs show up and win the Super Bowl. Or Bad Bucs enter and are sent home in the first round. The latter is the safer bet.

For the Bucs, the likely reality is a Wild Card entrance and a challenging road. Losing the tie-breaker to the Saints essentially put the Bucs two games behind the division-leader. Furthermore, games remain against the Rams, Chiefs, the now explosive Vikings, and the sometimes talented Falcons.

Even with home-field advantage lessened this season, Tampa’s path is daunting. Right now, the Bucs’ Super Bowl hopes go through some combination of road games at Eagles, at Packers, at Seahawks/Rams, and at Saints. One of which will have the sole, ever-important first-round bye.

Unless this team finds itself and can erase its fundamental flaws in the next month and a half, the Bucs aren’t going to, well, staying in Tampa for the Super Bowl. 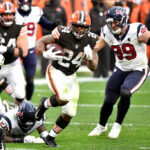 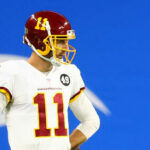