The Milwaukee Bucks were officially eliminated by the Miami Heat and tonight’s second-round exit ensures that no one’s safe. Hard to pinpoint what the Giannis Antetokounmpo does next summer, but one thing’s for certain: This group isn’t running it back.

Aside from the obvious ankle injury that hobbled the Greek Freak throughout the series, the Bucks were clearly unprepared. Budenholzer inexplicably playing his best player under 35 minutes in a key game 3 citing: “We’re pushing him as far as we can.”

Nonsense. If any team wants to compete at the highest level, their best players have to be on the floor for majority of the game. These are playoff games, Mike.

Giannis simply stated after the game that he and Budenholzer were clearly not on the same page.

Here’s where it gets interesting.

“I was really pissed, but then I grew up. I realized why he was doing that. He wants me to be ready when it matters most.”

Come playoff time Mike Budenholzer had no plan and didn’t trust Giannis to be on the floor for big minutes. Can’t have a star player sitting on the bench when he’s telling you he’s ready to go. Let the man play!

Now that playoff basketball is behind the Milwaukee Bucks, Budenholzer’s seat should be hotter than a blow torch. 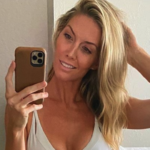