There are things called “bad beats” in gambling. If you are wondering what that term means, look no further than what happened in the Cincinnati-UCF game on Saturday.

The Bearcats were favored by four points against the Golden Knights. With under two minutes to go in the game, Cincinnati had the ball on the five-yard line going in on first-and-goal. They were only up three points.

That means anyone who had taken the Bearcats were looking for another score, and it looked like they were about to get it. Running back Gerrid Doaks took the handoff and was heading for an easy score, but he elected to go down on the one-yard line instead.

Check it out for yourself.

Cincinnati was favored by 4 points. They were up 3 here and chose to not score.

Brutal beat for those who gave up the points. pic.twitter.com/i0vtxxShFE

Cincinnati ended up sitting on the ball and running out the clock to take a 36-33 win while maintaining their undefeated record. Meanwhile, anyone who took the Bearcats were left wondering what went wrong.

That is what you call a bad beat, my friends. 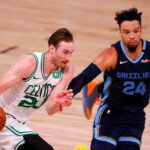 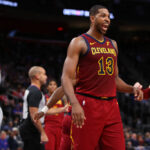