The Cleveland Browns are sticking with what’s worked for them, and that’s having at least some fans in the building.

As relayed by Mary Kay Cabot of Cleveland.com, the Browns will still allow up to 12,000 fans in the building. This despite the stay-at-home advisory issued by Cuyahoga County on Wednesday.

Cabot quoted a team spokesperson as saying the Browns are flexible, but the plan for now is to continue to “safely” host a limited number of fans at home games.

The Browns host the Philadelphia Eagles on Sunday.

Given that Cuyahoga County only issued an “advisory” and not a “mandate,” the Browns likely know that a good number of fans would still want to watch their games live.

Today, those fans will still be given that opportunity. 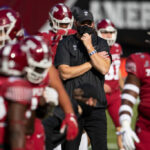 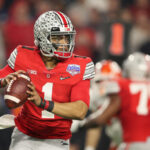