The NFL continues to take hits from COVID-19. On Tuesday morning, it was announced that the Denver Broncos had two executives test positive for the virus.

Those two Bronco executives include president/general manager — and Hall of Fame quarterback — John Elway and CEO Joe Ellis. They are both isolating at home. The news was announced by several outlets via social media, including Ian Rapoport with the NFL Network.

Sources: #Broncos GM John Elway and CEO Joe Ellis are away from the facility due to COVID-19 protocols.

To be clear: John Elway and CEO Joe Ellis have tested positive for COVID-19, source said. They are confident the transmissions originated from outside the building. https://t.co/8CQ3MSFp63

The key part of Rapoport’s statement is that it is believed to have originated outside of the building. It doesn’t mean that no one else within the organization could not have contracted it, but it does mean that there isn’t currently a breakout going on with the team.

Denver’s facilities were already closed on Tuesday due to it being Election Day. But it will be interesting to see if that continues on into the week with the news. It’s doubtful, but possible.

Here is the statement released by the team following the news:

After not feeling 100 percent on Sunday morning, Joe promptly reported his symptoms to our medical team and watched Sunday’s game at home as a precaution. He continued to work from home on Monday before receiving a positive test result this morning.

John immediately left UCHealth Training Center on Monday morning after experiencing minor symptoms that he quickly brought to the attention of our medical staff.

Other than mild symptoms, both Joe and John are doing well. They will continue to work from home in self-isolation and participate in virtual meetings while their health is monitored.

Based on a review of contact tracing data with the league, we are confident these cases originated independently outside team facilities. There were minimal close contacts identified for each (no players or coaches), and those individuals have been notified.

While our facilities are closed for Election Day, coaches are conducting their game preparations today remotely as a precaution. Our organization will remain in communication with the NFL, making all decisions in consultation with the league and based on guidance from medical experts. 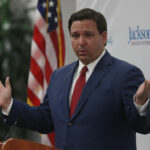 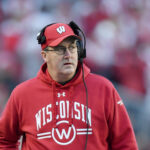