The Denver Broncos have found someone to handle the day-to-day duties of the roster. Longtime Minnesota Vikings executive George Paton is now set to take over as general manager.

“Me and my family are fired up to be a part of the Denver community,” Paton said in a video released by the team.

Paton is pronounced “Pey-ton,” which is the first name of the Broncos’ last really good quarterback. This Paton will replace John Elway, who will actually continue to oversee football operations in a different capacity. Paton’s role likely will be to make decisions on the roster and coaches, but first running those decisions by Elway for approval.

Being a GM is often a 24/7 job of fielding trade calls, watching film of prospects and managing scouts. Elway no longer wanted to handle the demanding job.

So enter Paton, who spent 14 years with the Vikings, most recently as the assistant to GM Rick Spielman.

“Paton landed in Denver on Tuesday to tour the facility and for a second interview and is now moving forward with the Broncos,” NFL.com’s Grant Gordon wrote. “Denver also had two interviews with the Saints’ Terry Fontenot over Zoom.”

Paton’s deal is for six years, as relayed by NFL.com.

The Broncos finished 5-11 and in last place in the AFC West under second-year coach Vic Fangio. 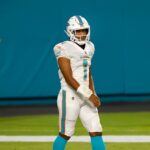 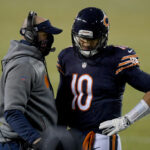