LeBron James and the Los Angeles Lakers should learn the story of Viktor Emil Frankl, a famous neurologist, psychiatrist and author.

Frankl died at age 92. He survived Nazi concentration camps. His first wife didn’t. Neither did his mother and father. His brother Walter was killed at Auschwitz.

“Everything can be taken from a man or a woman but one thing: the last of human freedoms to choose one’s attitude in any given set of circumstances, to choose one’s way.”

Your attitude determines your outcome.

The 8th-seeded Portland Trail Blazers beat LeBron and the top-seeded Lakers Tuesday night in Game 1 of their best-of-seven playoff series inside The NBA Bubble. TNT broadcaster Charles Barkley is convinced the Blazers will sweep the Lakers. Several other experts think Portland will win the series.

What I am convinced of is that James has the Lakers channeling the wrong energy and the wrong attitude. The Lakers showed up to Tuesday’s game dressed for the Democratic National Convention and a Black Lives Matter afterparty.

After the game, James launched into his typical social justice warrior stump speech.

“You know, this is something that we continue to put our foot on the gas, continue to pressure,” James told the media. “You know, the situation that’s going on in Louisville, Kentucky. An innocent woman being killed in Breonna Taylor, a woman who had a bright future and future was taken away from her. And there’s been no arrests. There’s been no justice. Not only for her, but for her family. And we want to continue to shed light on that situation,because it’s just unjust, and that’s what it’s about.”

Despite his dual focus, James managed to put together a terrific performance, finishing with 25 points, 17 rebounds and 16 assists. His teammates crumbled. Anthony Davis scored 2 points in the fourth quarter and sank just eight of 24 shots. Kentavious Caldwell-Pope missed all nine shots he took. Alex Caruso made one of six. Danny Green hit four of 12 and matched Davis’ game-low, -20 plus-minus score.

Green summarized the mindset of the Lakers.

“First and foremost,” he said, “we can’t forget the big picture, why we’re here — justice for those who died. Breonna Taylor especially.”

The purpose of The NBA Bubble is justice for Taylor, George Floyd, Rayshard Brooks, Eric Garner and Tamir Rice? I don’t mean to diminish their lives. I lost a family member, Anton Butler, to what we believe was police misconduct. I know the pain firsthand. I know the agony his mother still suffers eight years later. I helped raise Anton. As kids, he, his brother and cousins stayed with me every summer. I look at his picture every day.

But life purpose? Why I’m here?

I’m here for the living. It’s a mistake to immerse yourself in pain and suffering and allow that to define your purpose. Viktor Frankl didn’t do it.

Between 1941 and 1945, Hitler’s Germany killed more than six million Jews during the Holocaust. Since George Zimmerman, a volunteer neighborhood watchman, shot Trayvon Martin in 2012 and sparked the BLM movement, there have been roughly 40 controversial police-involved killings of black people. I’ll be generous and say there’s been 100. In eight years.

The mainstream media, political activists and brand-building athletes and celebrities want us to believe we’re living through a genocidal Holocaust. The official platform of the Democratic Party states:

“Democrats believe we need to overhaul the criminal justice system from top to bottom. Police brutality is a stain on the soul of our nation. It is unacceptable that millions of people in our country have good reason to fear they may lose their lives in a routine traffic stop, or while standing on a street corner, or while playing with a toy in a public park. It is unacceptable that Black parents must have ‘the talk’ with their children, to try to protect them from the very police officers who are supposed to be sworn to protect and serve them.”

This is fear-mongering. According to a Washington Post database, the police kill approximately 1,000 citizens per year. Since 2015, The Post reports police killed 1,312 black people and 2,513 white people. Most of the victims are armed and attacking the police.

If you do not resist the police, the chance of you dying because of police misconduct is minimal. The media, political activists and celebrities are purposely instilling fear in black people. Fear is a dangerous emotion. It sparks irrational behavior and decision-making. Bullies and criminals use fear to control their victims. Fear blinds you from the truth.

Every parent with a fully functioning brain advises their child to comply with police instructions. The so-called “Talk” isn’t a black-or-white thing. It’s a parent thing. The government authorizes the police to use deadly force. Everyone should proceed with caution in their interaction with police. It’s common sense.

Breonna Taylor’s boyfriend admitted he fired at and struck a Louisville police officer before the police opened fire inside her apartment. He claims the police did not identify themselves and he thought intruders were breaking into the apartment. The police claim they identified themselves.

Louisville has a black attorney general, Daniel Cameron. He’s smart enough to know given the actions of Taylor’s boyfriend it would be impossible to win a conviction of the police officers.

LeBron James is politically grandstanding and social media brand-building. He’s trapped the Lakers in a negative emotion that undermines their focus. Worse, he’s signaling to the young people who look up to him that they should lose themselves in the anger and fear of the faux black holocaust promoted by Black Lives Matter.

Attitude determines outcomes. Black kids can’t compete with their peers if they enter the competition believing they already lost because of the color of their skin. That’s the real message of BLM.

It’s not an expression of self-love, self-confidence and self-determination. It’s a white flag, an admission of insecurity, a sign of mental defeat.

Viktor Frankl would not approve. 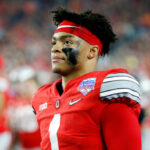 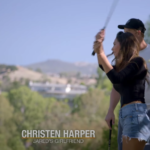