The Big 12, which last night made clear it would not yet be canceling football season, joining the SEC and ACC as opposed to the Big Ten and Pac-12, released their tentative football schedule today: 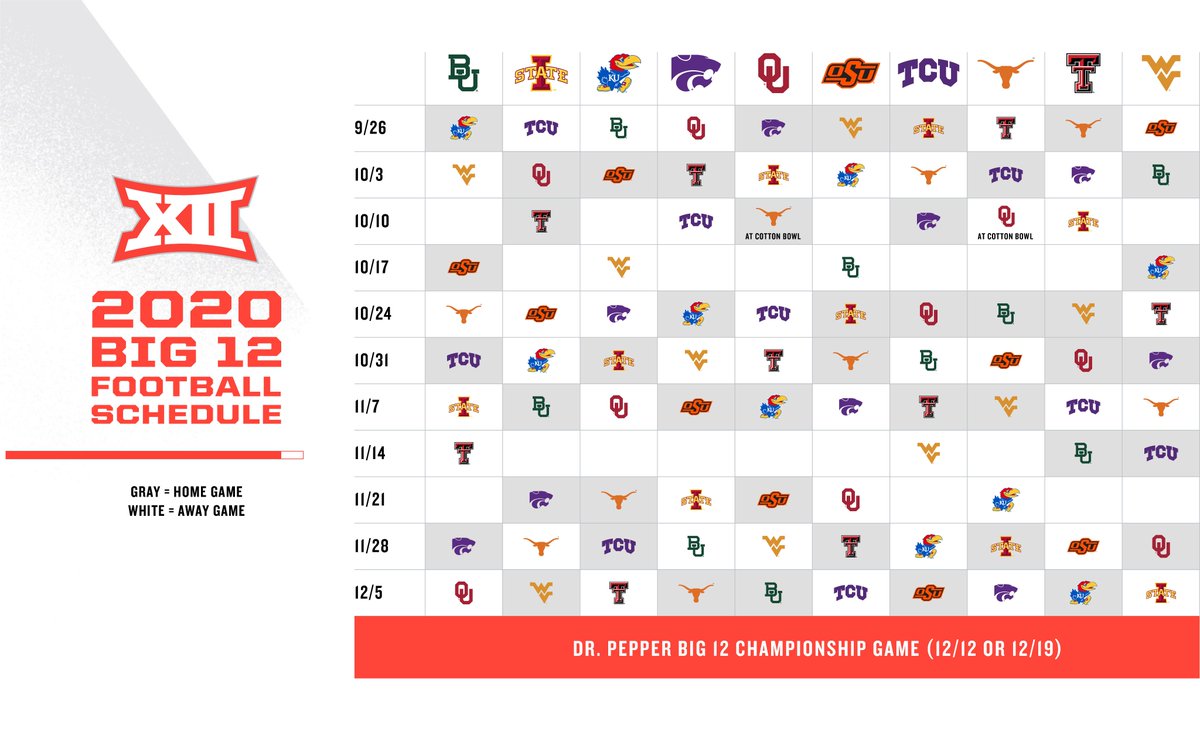 1) Not that weddings and other large gatherings are expected to be a thing this Fall, but you aren’t going to want to have one scheduled on October 10th when Oklahoma plays Texas at Cotton Bowl. Before the ACC and Big Ten canceled their seasons, Oklahoma was ranked sixth in the coaches poll and Texas 14th. Gambling odds had Texas’s national title chances at even better than that.

2) Bruce Feldman reports that the Big 12 will also have a non-conference opponent set for either September 12th or September 19th. There may not be many big-name opponents to choose from unless the SEC and ACC pivot to join them here. Previously, the SEC and ACC frameworks were for conference-only competition.

3) Each team has two bye weeks and the conference title game can be held either December 12th or December 19th. That means that there are three weeks of wiggle room to still play all or a vast majority of their games if the season start must be further postponed.