With the exception of the play-in series between the Blazers and Grizzlies for the eighth seed in the Western Conference, the NBA playoff field is set. That means it’s a good time to look at the futures odds on FanDuel and see if there’s anything worth sprinkling: 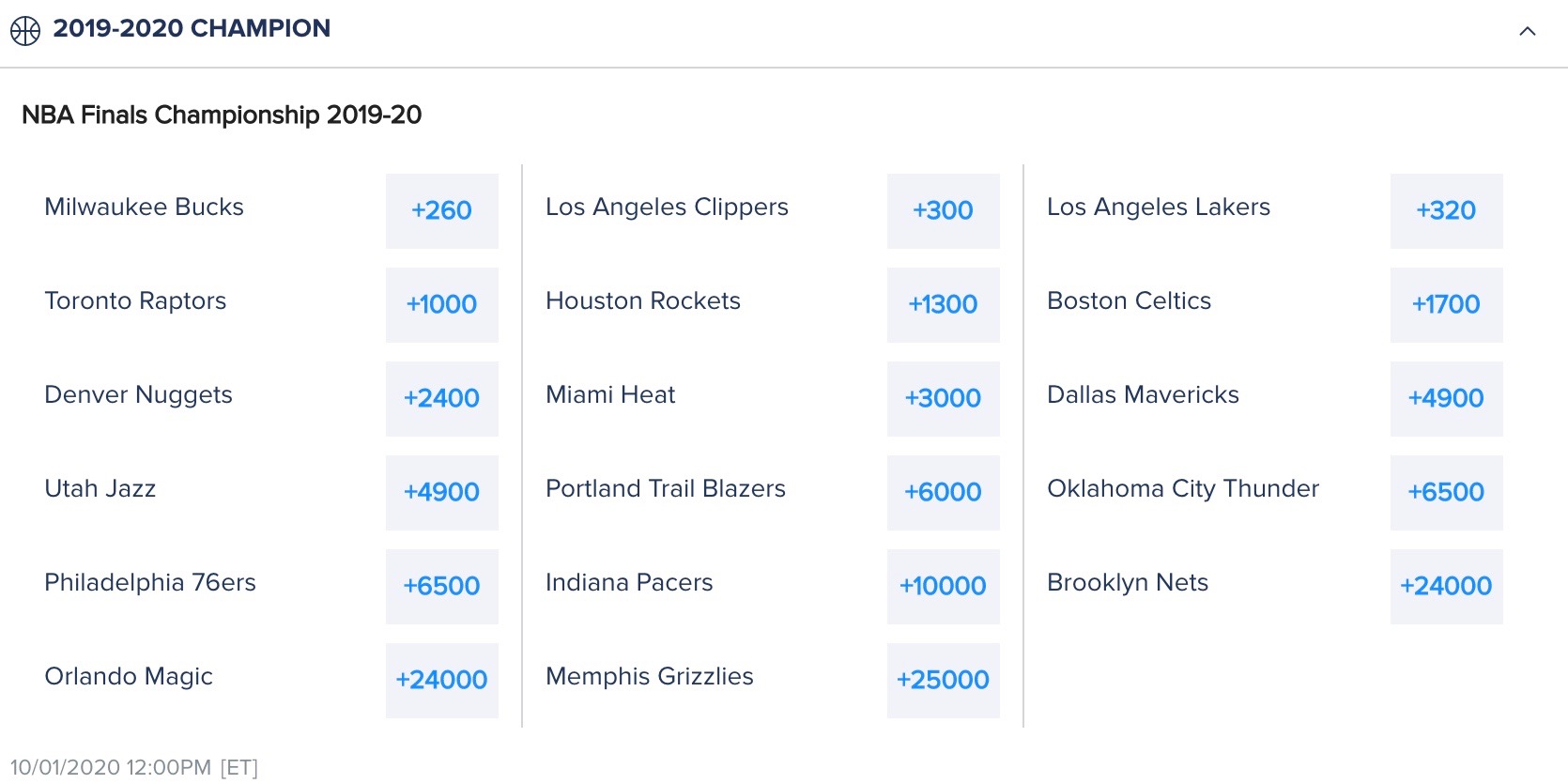 1) It’s on first glance weird to see the Bucks having better odds than the Clippers and Lakers when both Los Angeles teams would be favored over Milwaukee in a hypothetical Finals matchup. However, the reason for this is kind of pot odds — the Lakers and Clippers must go through each other while the Bucks have a perceived easier path to make it to the Finals in the first place.

2) Recognizing they are indeed the most likely teams to ultimately win, I don’t love the value on any of the top 3-4 candidates here. The Rockets are intriguing at 13-1. Russell Westbrook is going to miss some playoff games with a strained quadricep and this is an injury that could linger if Houston makes a deeper run.

We’ve seen James Harden and the Rockets falter so many times in the playoffs that we reflexively assume it’s going to happen again. But that was also true of Andy Reid until it wasn’t. Would I bet on them if they had similar odds to the Bucks, Lakers, and Clippers? No. But 13-1 is enticing for a nibble.

3) Intriguing longshot fliers are the Heat and the Mavericks. If you take a look at a crystal ball would it ASTONISH you to learn that the Heat won the East? They give Giannis and the Bucks fits defensively. And then for the Mavericks, Luka Doncic is establishing himself as a top-echelon NBA player. The team breaks down late in games and gives away leads but that is eventually something that they will figure out how to correct. It might not be now, but if you put $10 on them on 49-1 the loss wouldn’t really bother you but the longshot win would be difference-making.