The Braves organist had a special tune just waiting for Reese to stroll on up for his first at-bat of the night in the top of the third. Yep, that’s the Michael Jackson classic “Beat It” and it’s officially Reese’s anthem as he traverses Major League Baseball. Organists around the league aren’t going to let him forget.

From the dash cam police video of his arrest, we hear from Reese as he comes to terms with the fact he was yanking it in a Florida parking lot. “I realized, what an idiot. What a dumb place to be hanging out.”

“I’ve realized that I made a mistake having my pants down and doing what I was doing … I really am apologetic. And, I know I shouldn’t have been doing this,” he added.

Reese eventually pleaded no contest to a 2nd-degree misdemeanor charge of disorderly conduct and paid fines. 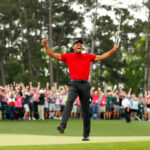 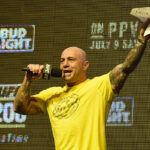