The light at the end of the tunnel is getting brighter. Top Rank boxing will resume action in June, company CEO Bob Arum said Wednesday. The promotion’s return, which will include two cards a week, will be the first installment of a wild stretch in boxing.

Boxing’s return across all promotions appears imminent. Combat sports have operated mostly separate from other leagues during the pandemic. WWE and AEW have continued action without fans (some pre-recorded matches/events) and UFC returns this weekend. Boxing should follow AEW’s lead in testing all performers and staffers before the start of each event. Arum added Nevada will have an accessible testing facility that can handle “many thousands of tests a day.”

The World Boxing Council is advising promoters and state commissions to put boxers and their teams into 14 days of isolation before staging events, writes ESPN’s Nick Parkinson.

Fanless venues will not hurt the boxing product compared to other sports. There are fewer crowd shots during a fight and the crucial sounds come from the commentators and trainers between rounds.

Boxing could face a lack of competition in the sports world upon its initial return. Major League Baseball is poised to start a month later. The returns of the NBA and NHL remain up-in-the-air. A June restart, while other sports could still be off, puts boxing in position to attract new fans. The ratings for the NFL Draft and The Last Dance prove the dire appetite for sports.

A busier schedule is exactly what boxing has needed. Top Rank’s decision to distribute cards throughout the week will serve the promotion and its fighters well.

Hopefully, as long as all goes well and proper testing is in place, the other promotions will follow. PBC superstar Mikey Garcia is willing to fight in a studio if that’s what it takes to return.

A return next month will jump-start a thrilling ride. While superstars won’t face-off initially, several of the sport’s most exciting and underrated fighters will. This includes Teofimo Lopez, Jose Ramirez, and Shakur Stevenson, who is the boxer to watch in the next 12 months.

Several significant matches are in play for the coming months. Tyson Fury-Deontay Wilder III is tentatively planned for later this year. The only matchup that’s more enticing than the must-see trilogy fight is Fury and Anthony Joshua. Which, according to ESPN’s Mark Kriegel, could take place instead. The potential blockbuster would require Fury to make enough to pay Wilder to waive the rematch. Either Fury bout would capture the attention of the entire sports world.

Additionally, Canelo Alvarez and Gennady “GGG” Golovkin had agreed to their trilogy fight for the fall. It’s uncertain if the bitter rivals will stay square off in the fall, but Eric Gomez, the president of Golden Boy, says it’s still one of the fights they want. If Canelo-GGG III takes place within months of one of the Fury fights, it’ll be unprecedented territory for boxing. Not even boxing historians could quickly point to the last time two A-level fights came within a short time of each other.

With such desire for sports, late summer is primed for the ultimate opportunist, Floyd Mayweather. The pay-per-view king announced he planned to return this year. Guessing what Mayweather is going to do is a tough gig, but what a time this would be for fight No. 51.

Mayweather isn’t the only former face of boxing surrounded by rumors. Bare Knuckle Fighting Championship president David Feldman has made Mike Tyson a $20 million offer to fight a BKFC fighter. Yes, that Mike Tyson. The 53-year-old former knockout artist. Say what you want — you, too, are spending at least $70 on that.

It’s been a daunting period without sports. But boxing, at least, is now tracking for an unbelievable return. 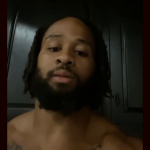 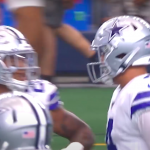