If you’re in Grand Prairie, Texas you’re being advised to be on the lookout this weekend for a six-foot-long West African Banded Cobra — yes, it’s very venomous — that got loose from its enclosure and made a run for it on Tuesday.  Authorities say it is very dangerous to approach or to even attempt to capture the snake.

“We haven’t got anything on it. No sightings, or tips or calls on different snakes,” Grand Prairie Police Public Information Officer Mark Beseda told media outlets in the Dallas/Fort Worth region who know a great story when they see one.

“We’ve never dealt with a West African Banded Cobra before,” Beseda added. “This is something new for us and frankly, it put our officers on the edge. We’re out there walking in the grass, around the home wondering is my next step going to be on a poisonous snake.”

#DEVELOPING A “dangerous, venomous” snake is on the loose in Grand Prairie. The owner tells me the West African Banded Cobra got out after a “cage malfunction”.

Here’s a pic. The owner lives off the 1800 block of Cherry Street in Grand Prairie. If you see it call 911. pic.twitter.com/aZJZYF802H

“This is a six-foot snake. You don’t want to try to chase it down with your garden hoe or anything like that,” Randall Kennedy of Dallas Fort Worth Wildlife Control told WFAA. “It is a very toxic snake, the venom is extremely toxic but in the same hand the snake is not extremely aggressive so unless you are grabbing or stepping on the snake, you’re going to be OK.”

Imagine sitting there this weekend watching the Olympics when you feel something tickling the back of your head only to turn around AND SEE A KILLER WEST AFRICAN KILLER COBRA IN YOUR FACE LOOKING TO VENOM YOUR FACE OFF!

Lock the doors. Close the toilet bowl lids. Don’t leave your house. Shut your curtains. Lock and load. There’s a killer out there just waiting to unleash hell on Grand Prairie. Buckle up. 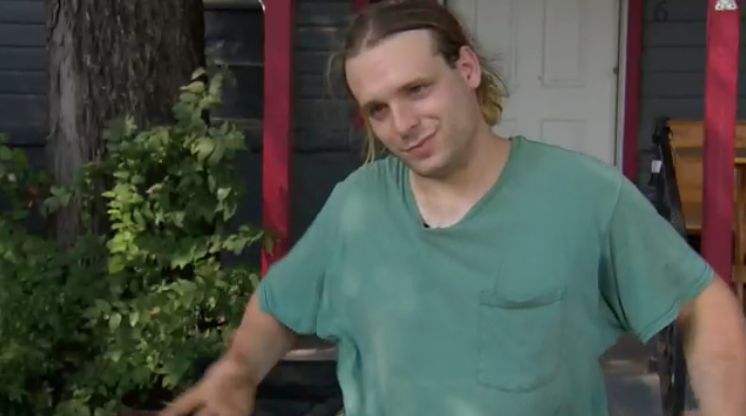