Bobby Bowden, the legendary former Florida State head coach who turns 91 in November, was hospitalized last week after testing positive and sustaining symptoms of coronavirus. Great news: Bowden tested negative for Covid-19 and is slated to head home from the hospital, where he’s been for eight days, on Wednesday.

“I have been blessed, really,” Bowden told Jim Henry of the Tallahassee Democrat. “People are dying from this.”

The story noted that Bowden had a severe cough, a fever, and loss of appetite but that he is now in good spirits. He laughed as he said that “the nurses spoiled me.”

Bowden said that having coronavirus was “no fun,” that the loss of appetite was the worst part, and that he can’t wait to get home and sit in the sunshine.

As we wrote previously, Bowden had been treated at a local hospital for a leg infection and then tested positive after he was released. Bowden was the head coach of Florida State from 1976 through 2009, following a stint as the head coach of West Virginia. His career record as a head coach is 377-129-4. 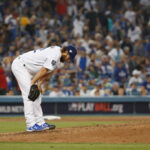 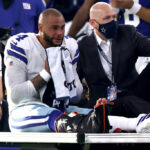