The most notorious acquitted double murderer of all time was on the loose over the weekend in Las Vegas where his advances on a blonde were rejected and she lived to tell about it. OJ Simpson, who is still looking for his ex-wife’s killer, found himself attempting to work over a 22-year-old named Mackenzie at a Vegas hotspot, but she wasn’t having it when the Juice came in for a kiss.

The 74-year-old former prison softball coach thought he had hit the 22-year-old blonde jackpot as he went in for a kiss on a woman who grew up reading about him being acquitted for slaying Nicole Brown and Ron Goldman in history books.

But there was a plot twist to this one. It was OJ being slain with an incredible rejection that you know had to leave the Juice fuming. Watch this!

For those wondering, Mackenzie made the right decision and locked down her Instagram page in case OJ starts stewing over this rejection and fires up his Bronco to make a house visit. Safety is clearly the No. 1 goal after you post such an embarrassing video of an acquitted double murderer who loves blondes.

And screencaps of OJ’s near kiss, in case you’re afraid of the Chinese spying on you via Tik Tok videos:

And there were OJ jokes on Tik Tok: 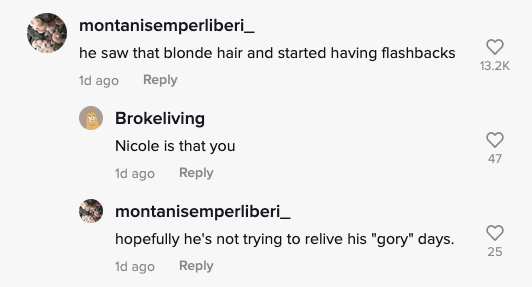 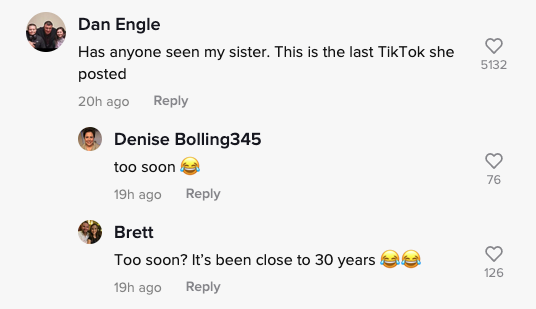