It’s time for BLM 101, Volume 7. As you know, this online class is dedicated to educating professional athletes on the real agenda and impact of the so-called Black Lives Matter movement.

Professor Whitlock makes a good-faith effort to eschew snark and ridicule. We ask that you share the link to this class with your favorite athlete and avoid making a condescending remark when you share.

Today, we’re going to take a different approach. Normally I spotlight some sort of abusive, negative interaction taken under guise of BLM. I’m not going to do that today.

On Labor Day, I popped open my Twitter feed and noticed that two of my favorite follows, @ScoonTV and @LeonydusJohnson, had showcased innocent black kids killed by random gun violence in 2020. I first noticed Curtis Scoon retweeted the faces and short bios of the kids murdered.

Scoon’s tweets led me to Leonydus Johnson’s Twitter page and the original thread that listed 53 black and brown children murdered in 2020. Johnson tweeted a picture and short description listing the date of the tragedies.

How is this not the number 1 social justice story in America? Why have we accepted this carnage? These are children cut down before they have a chance to really experience life.

The answer can’t simply be the social media trope: “Well, the killers will be investigated and prosecuted.” The people who spew that nonsense are unaware that in a lot of major cities most murders go unsolved.

And please don’t tell me that a discussion of “black-on-black crime” is whataboutism, a distraction from police brutality or that 85 percent of white murder victims are killed by white people.

That’s all dishonest political debate. The truth is Black Lives Matter has prioritized the lives of resisting criminal suspects over the lives of black children.

This is insanity. Look at the faces of those kids. Their names won’t be on an NFL helmet this fall. LeBron James won’t mention them. No celebrity is going to insist that you say their names.

But Jacob Blake is a hero and martyr.

Black Lives Matter is a business strategy. It’s not a civil rights movement. Corporations are cutting checks financing racial-awareness seminars and social justice television commercials. It’s all public relations. Or it’s a tool being used by token black employees to play corporate politics. People with limited skill at their actual jobs spend their workday pretending to be race experts. They advise their white bosses and colleagues on how to play the race public-relations game.

It’s one giant shell game. Black elites using Jacob Blake to advance their careers. No one is seeking justice, an improvement in race relations or better life opportunities for at-risk kids.

Ask the athletes, celebrities and the black elites on your job why they don’t care about the 53 kids listed on Leonydus Johnson’s Twitter feed. Those black lives don’t matter because there’s no political or corporate advantage to caring about innocent black lives. 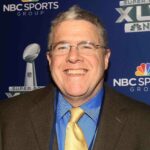 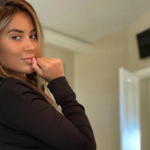