It’s time for BLM 101, Volume 6. This online class is dedicated to educating professional athletes on the real agenda and impact of the so-called Black Lives Matter movement. Earlier this week, I renamed BLM, calling it Bigots Love Marxism.

BLM 101 makes a good-faith effort to avoid snark and ridicule. We want to engage athletes in a spirit of respect and concern.

Take a look at this middle-aged white man surrounded by BLM protesters, shoved twice by a black woman, screamed at through a megaphone and eventually shoved to the ground.

The white man never responded to the abuse. He simply kept walking down the street.

This is a reverse of the images we saw from the 1950s and ’60s Civil Rights Movement.  Below is an iconic photo of black student Elizabeth Eckford integrating Little Rock Central High School. She’s being followed and harassed by a group of angry, white female students. 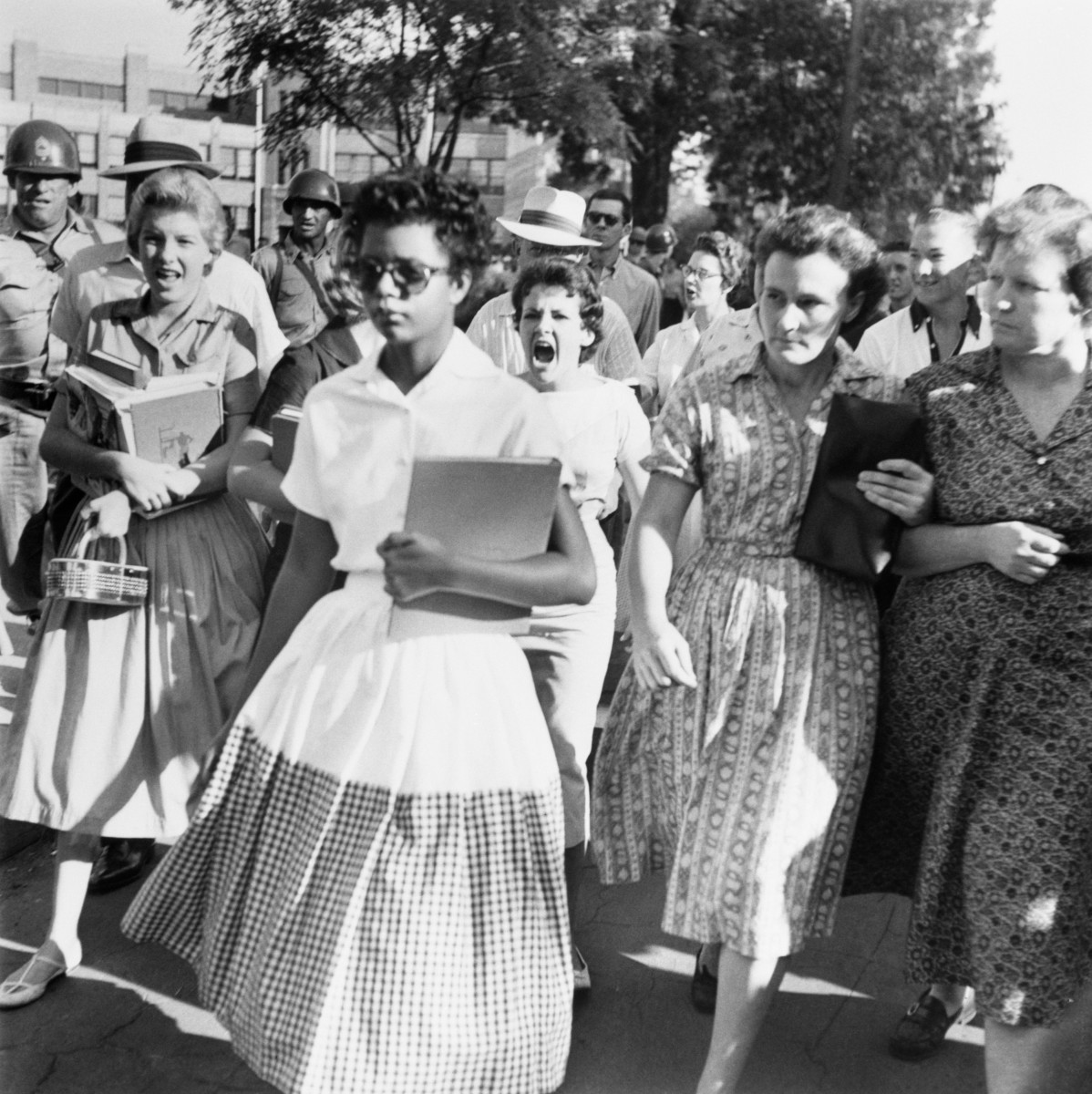 This image and others like it helped to expose the immorality and wickedness of white bigots. The 1957 picture of Eckford on her first day of school empowered Martin Luther King and the Civil Rights Movement.

The reverse is happening in 2020. The angry mobs are mixed-race and they’re terrorizing mostly white people. The mobs are doing this under the umbrella of Black Lives Matter. The keyword in that sentence is Black. The white kids in Portland and Seattle who are rioting every night are defining themselves as FOB, friends of black people.

The BLM movement is framing black people as racist, immoral and violent. This is the total opposite of the Civil Rights Movement. Black people are losing the public-relations war. Anderson Cooper, Chris Cuomo, Don Lemon, Rachel Maddow, Joy Reid and the rest of the mainstream liberal media won’t inform their viewers that BLM is destroying the reputation of black people.

We (black people) mistakenly believe that shouting “Breonna Taylor” or “I can’t breathe” trumps a daily barrage of BLM protesters acting violent and immoral. It doesn’t.

We’re losing. The people telling us we’re winning are lying and shouldn’t be trusted. They’re either stupid, want us to lose or they’re using BLM to advance goals that have nothing to do with black people.

Please share the link of this story with your favorite athlete via social media. Remember to be respectful. The athletes, believe it or not, are well-intentioned. They’ve been misled. Let’s educate them.