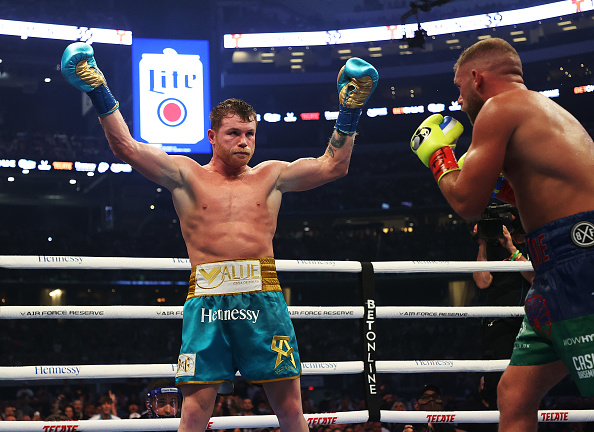 After a grueling bout against Canelo Alvarez on Saturday in front of an impressive in-person audience of 73,000 fans, former super middleweight champion Billy Joe Saunders is showing positive signs of recovery. Saunders suffered a serious orbital injury when Canelo caught him with an uppercut to the right eye, but thankfully, the “operation went well,” Saunders told TMZ.

Details of the injury suggest that the right side of Saunders’s face caved in after his eye socket and cheekbone broke “in 3 places.” Saunder’s corner ended the fight before the start of the ninth round after examining the scope of his injury.

The eight prior rounds endured by the resilient Southpaw proved he can be a hefty assignment for any fighter not named Canelo, the sport’s consensus pick for best boxer today.

Billy Joe Saunders entered the fight 30-0 (14 KO) after defeating Martin Murray at Wembley Stadium back in December. Canelo had been on a streak of wins ever since his highly-anticipated match against Gennady Golovkin in September 2018, which turned out to be a disappointment. Collecting wins against boxers like Sergey Kovalev, Callum Smith, Daniel Jacobs, and others en route to the Saunders fight, Canelo’s odds (-650) were favorable for good reason.

Eddy Reynoso, 2019 BWAA Trainer of the Year, sent out a tweet from Team Canelo wishing Billy Joe Saunders a speedy path to recovery.

The 31-year-old Saunders should make a full recovery, and the overall outlook on his prospects in this division are still positive after Saturday’s performance.

Saunders ended his injury update with a Schwarzenegger-like promise for those wondering about his return: “I’ll be back.” No one-way ticket to Palookaville for Billy Joe.

The fighter may have a match in line with Edgar Berlanga outside the ring after Berlanga threw some fighting words at Saunders.