Bill Belichick utters seven words in his new Subway commercial that’s officially out and about to be driven firmly into your head during the NFL season. It turns out the guy is a natural born actor — who has been acting during press conferences for two decades as reporters ask dumb questions — who can really pump out the lines.

The official tally from his new Subway commercial: seven words over a 30-second commercial.

You know how this guy doesn’t laugh, never takes a day off, hates other humans, doesn’t have friends and just watches (literal) tape like the old timers in the dark? Yeah, all urban legends. I’ve been tracking Bill, 68, off the field for over a decade and the guy does laugh, takes days off and really enjoys his time with girlfriend Linda Holliday.

My outfit for the UFC match last night! Congratulations @thenotoriousmma Quick fight! PS My dress wasn’t harmed in any way nor were we really there. But we did watch! 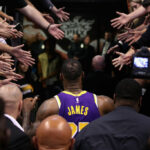