Legendary Patriots head coach Bill Belichick didn’t get to where he is without identifying some creative ways to give his team a leg up on the competition.

He famously prefers left-footed punters because they are rare. Though just as skilled as their right-footed counterparts, left-footed kickers put a different spin on the ball, which may throw returners off their game. That’s Belichick’s theory anyway.

And things have worked out pretty well for him. He’s won eight total Super Bowls, six as a head coach, two as a defensive coordinator.

But Belichick doesn’t just chase Lombardi Trophies. Belichick is a winner, and winners like to win, no matter how relatively inconsequential the competition.

Take the 2006 Pro Bowl, for instance. While participation in a Pro Bowl is badge of honor for players, coaching the 2006 was a consolation prize for Belichick, whose team had given up a lead and lost the AFC Championship Game to the Colts.

So the Colts went on to win the Super Bowl, and Belichick was stuck with the Pro Bowl. But true to form, Belichick made the most of it. If he was going to coach, then his team was going to win. And Belichick identified a key motivator to try and help make that happen: Pamela Anderson.

Or at least he thought he did.

At the time, Ms. Anderson was dating David Binn, a very talented long snapper who played more games for the Chargers than anyone else in team history. Unlike other Pro Bowlers, long snappers are not voted on by coaches, players, and fans but are instead selected by the team head coach. Belichick chose Binn, and aside from Binn’s skill, he had one — or perhaps two — good reasons for doing so.

Check out this short clip from OutKick’s own Sports Doc David Chao in which Binn discusses the time Belichick selected him for the Pro Bowl, partly in the hopes that he’d bring his then-girlfriend to practice:

When Anderson failed to show, Belichick allegedly remarked to Binn: “Remind me why the f— I invited you out here then?” 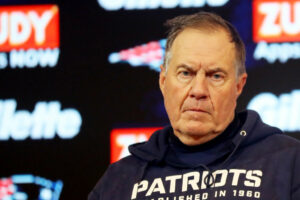 We assume he was kidding.

Though Dr. Chao may not hold any records with the Chargers, he has been affiliated with the organization for decades, and he was there during most of Binn’s tenure with the team. So he knows, based on his own observations, that Binn was eminently qualified for the Pro Bowl selection, with or without Anderson’s help.

However, Anderson offered Binn an advantage that other AFC long snappers didn’t have. As Chao asserts elsewhere during that interview, “This [move by Belichick] doesn’t surprise me. Bill Belichick is next level!”

As, indeed, is Pamela Anderson, who at 54, still stuns: 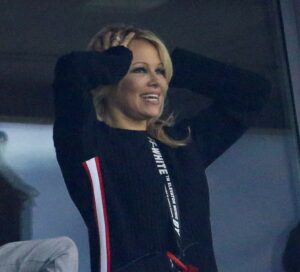 So we can’t necessarily blame Belichick for hoping that her presence might give the 2006 AFC Pro Bowlers some added motivation when they took the field.

Anderson may not have been there for practice that day, but she had obviously been on Belichick’s mind. Belichick, the same guy who once said, “As you know I’m not on Snap Face and all those. I’m not too worried what they put on Instant Chat,” knew way back in 2006, before social media was much of a thing, whom the blonde Home Improvement and Playboy megastar was dating. He then used that information to strategize for the Pro Bowl, a game he went on to win 31-28 on a last-second field goal, snapped by Binn.

That, indeed, is next level.