It’s go time, fellas. Steelers training camp opens in 15 days, and Big Ben’s camp is dripping out nuggets on how the 2021 narrative should be shaped by the media. Sports reporter Ryan Burr, who was a Toledo reporter while Big Ben was in high school, is reporting that Big Ben’s camp is reporting (that’s right, a bunch of reporting going on here) the 39-year-old drama queen is on a diet that is “stricter than Brady.”

And there you go, Peter King has his hit of heroin for the season. I’m talking 5,000 words on the diet. I’m talking all the details on the quinoa and imported kale. You know Coronabro Pete will be right there in the kitchen when Skinny Ben’s filling his blender with nutrients. Peter will be sworn to secrecy on the super secretive supplements that are added at the end.

Why do I LOVE the NFL? Because it’s so damn entertaining. We had this quarterback rattle off 11 straight wins, Juju was dancing on logos, and everything was just so incredible. Then came a brutal loss to the Football Team, and the wheels fell off. Things got so bad this offseason that Big Ben took a $5 million pay cut for a one final ride contract that the Steelers clearly weren’t comfortable giving him. The big crybaby even made sure to tell the world that the pay cut was his idea.

Now comes the big weight loss. The ‘get into Brady shape’ storyline. Now Ryan Burr’s telling us Ben’s in the “best shape of his life.” I mean, where have we ever heard this before? See below.

Ben camp says biggest concern is weight loss. He has been so driven since season ended. Source says his diet is stricter than Brady. https://t.co/wgmpM7Y9Wu

That’s right, we’ve seen this for years from Big Ben and his camp. The big difference in 2021 is that we now hear Ben’s camp dropping Brady’s name. What’s it all mean? It most likely is indicating that Slim thinks he can play beyond 2021. To me, this is Slim Shady letting potential suitors know he’s BACK and looking to play longer than this one final hurrah in Pittsburgh.

Why else ramp up the diet talk that’s been going on for years by name dropping Brady? I know, because he wants teams to think he’s just as capable of playing at 43 as Brady is. Now, which team falls for that troll job? Indy after Carson Wentz flames out? 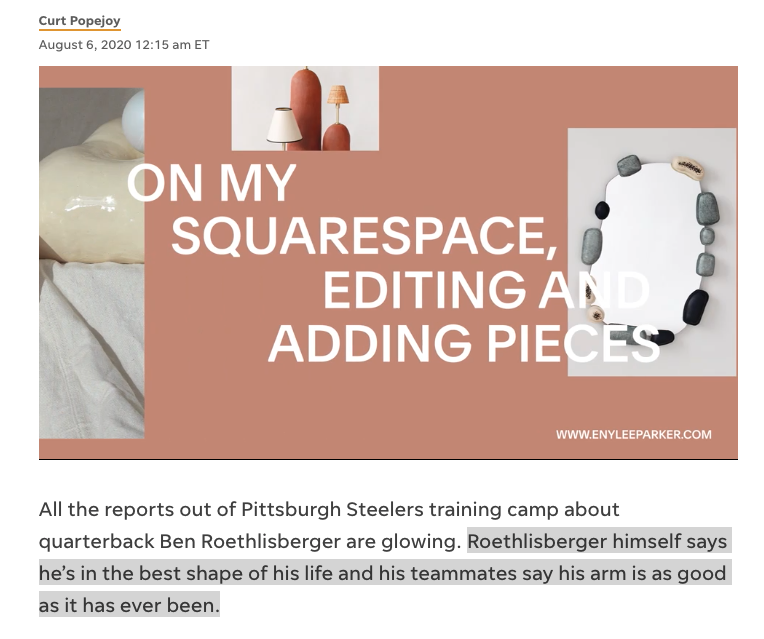 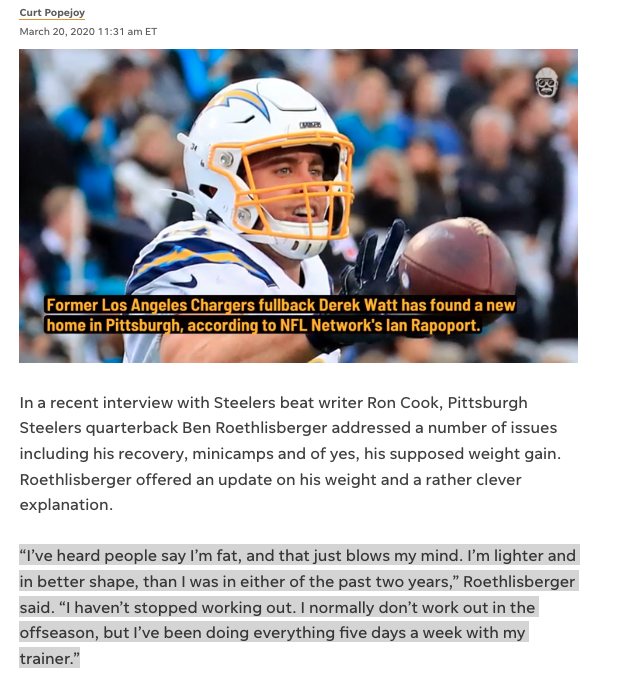 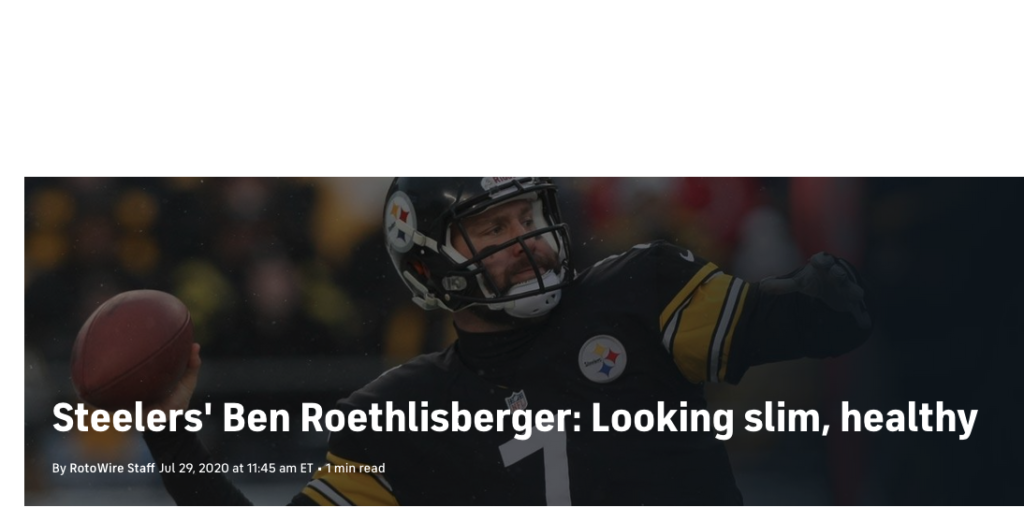