Note: The odds in this article come from OutKick’s partners at FanDuel Sportsbook. who are offering an incredible promo for new users this weekend. Bet $5 on any of the playoff teams to win this week, and you win $125 if they succeed. That represents an unbelievable 25-to-1 odds boost. You can lock the offer in by clicking this link.

The likely NFL MVP, No. 1 scoring offense, greatest red zone offense in history, these may seem like career accomplishments for some, but it’s just a normal season for one of the greatest quarterbacks in history, Aaron Rodgers.

A-Rod struts into the playoffs this Saturday in the midst of one of the greatest passing seasons in NFL history (48/5 TD/INT) in search of a second Super Bowl ring and equipped with a full arsenal of playmakers like Davante Adams, Aaron Jones and Robert Tonyan. Rodgers became just the second quarterback since 1940 to win the not-widely-known “Percentage Triple Crown,” leading the league in completion, interception and touchdown percentages. Many have called his 2020 season the greatest in history, and I agree with that notion. The stats cannot be disputed. His reward for all of this success? A matchup against the NFL’s top defense, the LA Rams, led by the best defensive player in the NFL, Aaron Donald (pro tip for future parents: it seems like naming your kid Aaron guarantees success).

Usually, I’d classify this one as a “bad break” for the top seed, but not this year, not for this Packers team, with temperatures that are forecast to be below freezing at kickoff. Why is this important? Well to sum it up, Rodgers and the Packers will face one of the worst cold weather quarterbacks in the league, Jared Goff, who has been notoriously bad in inclement weather, even when he isn’t nursing a surgically-repaired thumb on his throwing hand.

In freezing temperatures, Goff comes in with a career passer rating of 64, ZERO touchdown passes and five interceptions in two games, both of which were losses. Combine this with the fact that Goff has been so bad at times this season that Rams coach Sean McVay started unheralded backup John Wolford over him in the Wild Card round DESPITE Goff being healthy. McVay has also refused to name the starter for this game, even though Wolford was in a neck brace and carried off the field in a stretcher during last weekend’s game. I am no coach, but I don’t need to be to know McVay is having a hard time making the QB decision. After all, it’s very tough to choose which guy is “less worse” when they’re both well below NFL quarterback average. Sprinkle that in with an Aaron Donald rib injury and you’ve got a recipe for disaster brewing for LA.

An all-time great quarterback usually outweighs a great defense, and fortunately for the Packers, the Rams come limping into this one, in the cold and away from the warm, climate-controlled confines of SoFi Stadium. While many will take the Rams in this spot due to their defense, I don’t buy the hype. I am rolling with the GOAT Rodgers and an improved Packers defense to cover the 6.5 point spread (-115 @ FanDuel Sportsbook) by double digits, sending the Rams home for the winter. And I mean literally send them home…to their state-mandated lockdown.

P.S. Make sure to sprinkle a few bucks on the NFL’s best receiver to score the game’s first touchdown. Davante Adams +500 @ FanDuel Sportsbook. 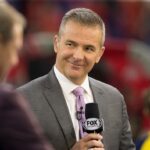 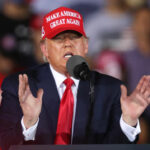