As if the Tokyo Olympics doesn’t already have its hands full with the ‘VID & athletes testing out the anti-sex beds, now organizers have a bear problem at the Olympic softball venue that’s really just a temporary softball field inside a baseball stadium. That’s right, organizers are now hunting for an Asian black bear that broke into the Fukushima softball venue not once, BUT TWICE!

In a statement, organizers explained the situation as it stands: “A guard found a bear inside Azuma Sports Park early in the morning yesterday. We also received similar information this morning.

“We couldn’t find or capture the bear, and while there won’t be any spectators at the stadium, we are on alert and searching for the bear around the site.”

Japanese newspaper Sports Hochi is reporting that stadium guards have been blasting music and using firecrackers to spook the bear into leaving the area. Even with the bear problem, Olympic softball is off and running. Japan and Australia kicked off pool play while the U.S. beat Italy 2-0. It was the first time softball has been played at the Olympics in 13 years. 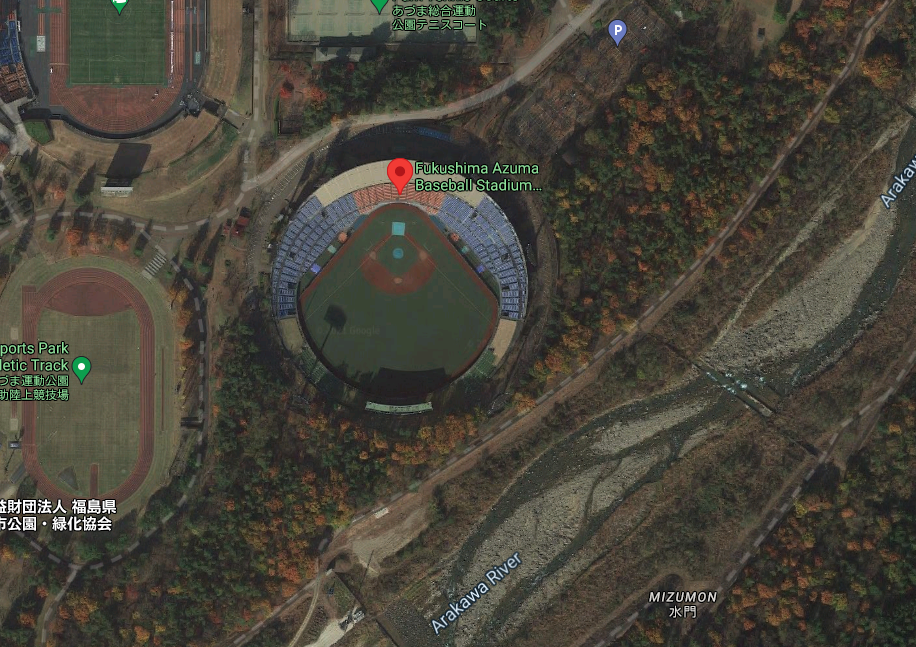 Now, I’m no bear expert here, but I do have Google Earth and determined that this Asian black bear has the Arakawa River flowing right behind the Azuma Stadium which must provide a nice source of fish, but it has to be the smell of the stadium food that has brought the big boy in. Are they cooking up stadium dogs in there? Burgers?

Of course, this big boy is going to make his way down the river from the mountains to the southwest. He smells Olympic Games softball meals. He smells the spread set out for the media nerds.

The best play for the guards here is to lure him with a hot dog cart. Set it up right there on the river. Right on one of those dry spots. I’m talking Chicago dogs. Coney dogs. All the dogs. Trap the bear and take him back up into the mountains like 500 miles to the north where they don’t have hot dog carts.