The big-time college coaching career of Art Briles effectively died on May 26, 2016. The coroner’s report listed sports media-induced “cancel culture” as the cause of death.

In an attempt to quell a media firestorm, Baylor fired its most successful football coach in history immediately after listening to a law firm’s oral report on a flawed and arguably racially-motivated, nine-month investigation into a campus-wide sexual assault problem. The report helped the media paint Briles’ football program as renegade and dedicated to covering up the criminal misdeeds of its black players.

In football circles, Briles’ name became as toxic as disgraced Hollywood producer Harvey Weinstein. The social-media mob chased Briles out of the Canadian Football League and across the Atlantic Ocean to the Italian Federation of American Football.

Today, Briles is the head coach of a small high school in Texas. He returned to his roots, the original prep platform where he perfected the spread offense that would make Baylor a national powerhouse and Robert Griffin III the 2011 Heisman Trophy winner.

Art Briles is history. His legacy and reputation were rewritten and destroyed by a salacious narrative thrown onto the Twitter log fire.

The truth about Briles and his Baylor football program is much more complex than the story portrayed in the mainstream media. Seven months ago, I conducted a longform interview with Briles that helped me understand why Baylor would pay him $16 million to go away while also writing Briles a letter acknowledging his actions never violated his contract.

Two weeks ago, OutKick obtained several hundred pages of court documents and sworn testimony regarding on-going litigation between Briles and Baylor officials that further call into question the legitimacy of the accepted Briles narrative. OutKick pored over the documents and re-interviewed Briles about the sex scandal that torpedoed his career and Baylor football.

What emerges is a picture of a university that went to great lengths to scapegoat Briles and a handful of black football players for a sexual-assault issue that engulfed the entire school.

“There was a campus-wide problem with sexual assault and reporting and dealing with it at Baylor,” Briles attorney Ernest Cannon told OutKick last week. “There was a conscientious effort made by the lawyers and PR people to diffuse that by blaming it all on Briles and his black football players.”

In order to avoid a written transcript and potential discovery, the board of regents took the unusual step of asking the law firm to report its findings orally. When pressure from key donors, justifiably perplexed and disappointed by Briles’ expensive firing, mounted against the board of regents, its leaders hired a San Francisco-based public relations firm, G.F. Bunting, that advertises its ability to “change the narrative.”

G.F. Bunting worked with a Wall Street Journal reporter with ties to Waco and the board of regents to get a story out detailing additional sexual-assault allegations involving Baylor football players. Five months after Pepper Hamilton filed its oral report and Baylor fired Briles, the Wall Street Journal reported that Pepper Hamilton uncovered 17 instances of sexual or domestic assault, including four gang rapes, by 19 Baylor football players.

The WSJ story canceled Art Briles and relieved the pressure on the board of regents.

During a six-hour deposition, Ronald Murff, the former chairman of Baylor’s board of regents, admitted that the school’s legal department, not Pepper Hamilton, discovered the additional allegations reported in the WSJ, and that those allegations surfaced after Briles was fired.

“I was as surprised and shocked by the (Wall Street Journal) story as anyone else,” Briles told OutKick. “I thought, ‘Where did this come from? What’s the basis? What’s the substance? Why am I just hearing about this now?’ ”

What’s more, the allegations often lacked substance. One allegation—Baylor said in its sworn interrogatory response—stemmed from an ESPN report. Another was based on a claim made by a woman during an interview with a Waco TV station. Baylor cited no facts or evidence concerning either alleged incident, only that Baylor saw reports on ESPN and local television.

In a deposition reviewed by OutKick, Cannon noted the Wall Street Journal article was published just weeks after Baylor hired G.F. Bunting. Cannon asked Murff if he realized that WSJ reporter Brad Reagan was a relative of Baylor vice president Reagan Ramsower, the administrator who oversaw the school’s much-maligned campus police department. Murff claimed he did not know of the connection. Reagan was raised in Waco and once worked at the Waco-Tribune Herald. His late grandfather, Bud Trippet, served as Baylor’s team doctor.

“That’s pretty slick, isn’t it?” Cannon said to Murff in the deposition reviewed by OutKick.

“It just happens that The Wall Street Journal (article was) written by one of your chief financial officer’s kinfolks (who) just happened to call y’all … right after Bunting was hired. Right? Am I getting it right?”

“I hate to admit it, but it worked,” said McCaw, who is now the athletic director at Liberty, in an interview with OutKick. “Before that article, Art would’ve been a challenging hire. After it, he was unhireable.”

Cannon asked Murff if Briles ever broke any rules or violated a university procedure when it came to his handling and reporting of assault allegations.

Cannon asked if Briles had concealed any information regarding sexual or domestic assaults by his players.

In a separate deposition reviewed by OutKick, board of regents member Cary Gray said Baylor’s football team needed “a culture change” and that he didn’t believe Briles “was the right guy to lead the program going forward.”

“How do you define a culture if you never interview a single football player—the main people that could illustrate and speak to the culture?” Briles said. “To me, that was a complete cop-out, 100 percent.”

More troubling was the racial dynamic of Baylor’s sex scandal. Former Baylor defensive coordinator and Briles assistant Phil Bennett, who is white, has been adamant that the Pepper Hamilton investigation was racist. Bennett told the Fort Worth Star-Telegram in 2018 that the lawyers investigating Baylor fixated on the racial makeup of Baylor’s football team.

“One of the investigators said her husband is a Philly cop and knows the area (of one of our recruits), and the woman says,  ‘Y’all seem to have a lot of black players,’ ” Bennett told The Star-Telegram’s Mac Engel. “I looked at her and said, ‘Are you kidding me?’

“Later on it comes that ‘how do your black players fit in on campus life at Baylor?’ As it went on, I asked one of them, ‘Do you realize you have not asked me about a single white player?’ It was too many questions (about race).”

Tevin Elliott is the lone Baylor player from the Briles era convicted of rape. A second player, Sam Ukwuachu, was convicted of rape in 2015 but the ruling was later reversed. Yet another player, Shawn Oakman, a former Baylor defensive end, was found not guilty of rape after a jury deliberated for less than two hours after a three-day trial. In the interview he gave immediately after the not-guilty verdict, Oakman said he believed Briles had been fired because of the charges filed against him. “They took us down from the top,” he said.

The deposition transcripts showed Cannon grilling Murff about a white Baylor fraternity president who was convicted of rape while Murff was chairman of the board.

“Well, who do you hold that one against?” Cannon inquired. “Did you fire the fraternity chief?”

Briles went 65-37 in eight years at Baylor, including a 32-7 mark over his last three seasons. He led the Bears to their only two Big 12 titles in school history. McLane Stadium was built in 2014 largely because of Briles’ success.

Briles said he feels extreme sorrow whenever he thinks about women who may have been victimized by one of his players.

“It bothers the heck out of me,” Briles said, “just like it would anyone who leads something in America, whether it’s the coach of a football team or the president of a bank. It is extremely painful to hear that someone you’re associated with may have been involved in something like that.”

Briles wants to coach again at the collegiate level, or maybe even the NFL. The Mount Vernon (Texas) High School he coaches is currently 6-0 and ranked No. 6 in the state in Class 3A Division I.

He can’t return to the college game or be a serious candidate in the NFL until the public has a more nuanced understanding of what happened at Baylor. According to a New York Times story published in January of this year, Baylor did not have a full-time Title IX coordinator until hiring Patty Crawford in 2014. Over several years, Crawford recorded 417 allegations of sexual assault and harassment at Baylor, and 90 percent of those claims had nothing to do with athletics.

She told The Times: “It was overwhelming and football was definitely not the worst.”

Can we uncancel Art Briles? Can we remove him from football’s death row? It’s the right thing to do.

“I knew it would take time for facts and the truth to get out,” Briles said.  “Truth takes time. A negative story sounds a lot better than a truthful story.”

— OutKick Staff contributed to this report. 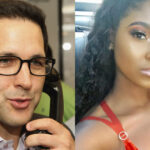 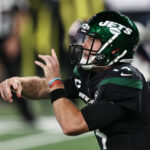