Tuesday night won’t be the first time a college football player has been awarded the Heisman Trophy via video feed. It first happened in 1988 when Barry Sanders, then of the Oklahoma State Cowboys, found out about his award via video conference in Japan, where OSU was facing Texas Tech in the Coca-Cola Classic.

It was a regular season game played in the Tokyo Dome, giving Barry a 4 a.m. wakeup call to do the Heisman video call back to New York City. His parents were in New York for the ceremony while Barry sat there, watching a feed.

“In a picture-in-picture box in the bottom right corner of the broadcast, Sanders sat by himself in a small room in front of a curtain,” the Tulsa World reported. “When Peter Lambos, president of the Downtown Athletic Club, announced him as the winner, Sanders’ eyes looked off the screen to his right. He clapped his hands. His mouth never opened to smile. He looked like any of us might look if we were forced awake at 4 a.m.”

I know what it is like to get this award via ZOOM circa 1988 tech. Good Luck to the finalists. https://t.co/ie8FwWgeY7 pic.twitter.com/6bobXJR5nb

Sanders ran for a career-high 332 yards that night against Texas Tech and finished his collegiate career in the Holiday Bowl with 222 yards and five touchdowns against Wyoming. He finished that season with 2,850 yards rushing on 373 attempts and 44 touchdowns. He also had 106 yards receiving and 515 return yards.

Head coach Pat Jones told the Tulsa World that he hoped a TV crew would come to the hotel, shoot video of Barry being congratulated, and uplink the video to CBS so they could run his acceptance. Nope, the Heisman people wanted Barry live.

“I could tell he didn’t — if it came down to sleep or Heisman, sleep was going to win,” Jones said. “If you gave him a choice. He didn’t care.”

Of course, we all now know it’s not that Barry didn’t “care,” it’s that he was so humble that he didn’t want to make a big deal about himself.

BTW, current OSU head coach Mike Gundy was the quarterback who handed off to Sanders that season: 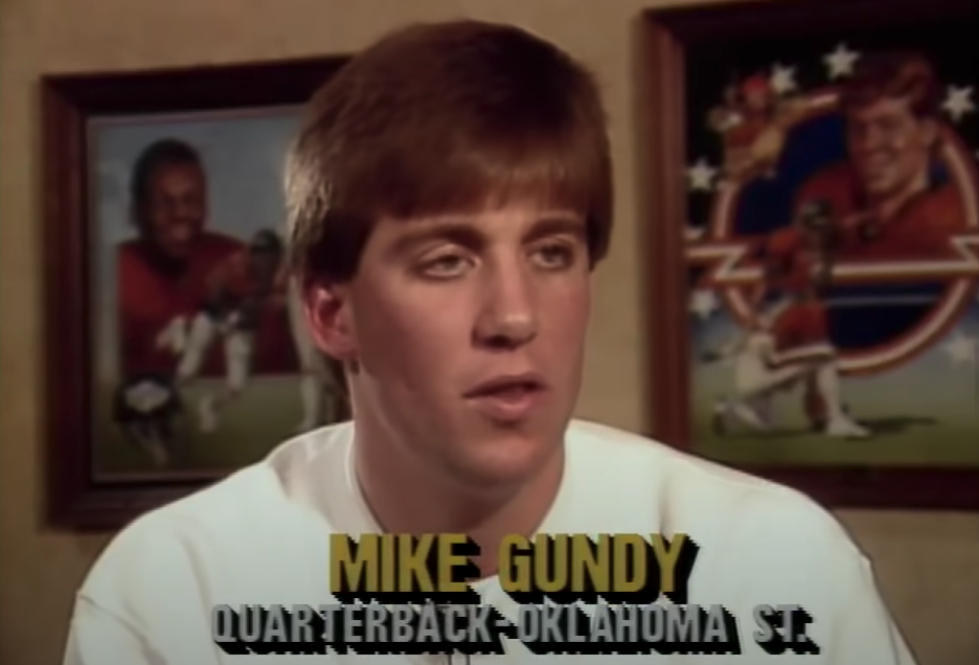