Driving through the downtown streets of Atlanta on Friday afternoon, I can already notice the smell of football in the air. From RVs to people setting up their tailgates for Saturday, the anticipation is rising for the SEC Championship.

Don’t forget, the OutKick crew will be Live in Atlanta at the Stats BrewPub, starting at 1pm ET. Come hang out with Clay Travis, Chad Withrow, Jonathan Hutton and Jill Savage, who will be broadcasting live before the game.

As I head towards the stadium, I notice that the vendors are already out. There are also scalpers already on the street, looking to offload some tickets for Saturday’s game. As I make my way over to one ticket scalper, just trying to get a feel for the street value, I’m stunned when he tells me what he is asking for two tickets in the end zone.

I tell him I’m good and appreciate the offer. He then comes back with, “Alright, $1,250 a piece.” I kindly tell him that is too rich for my blood. I think he finally realizes I’m not interested after the third try. 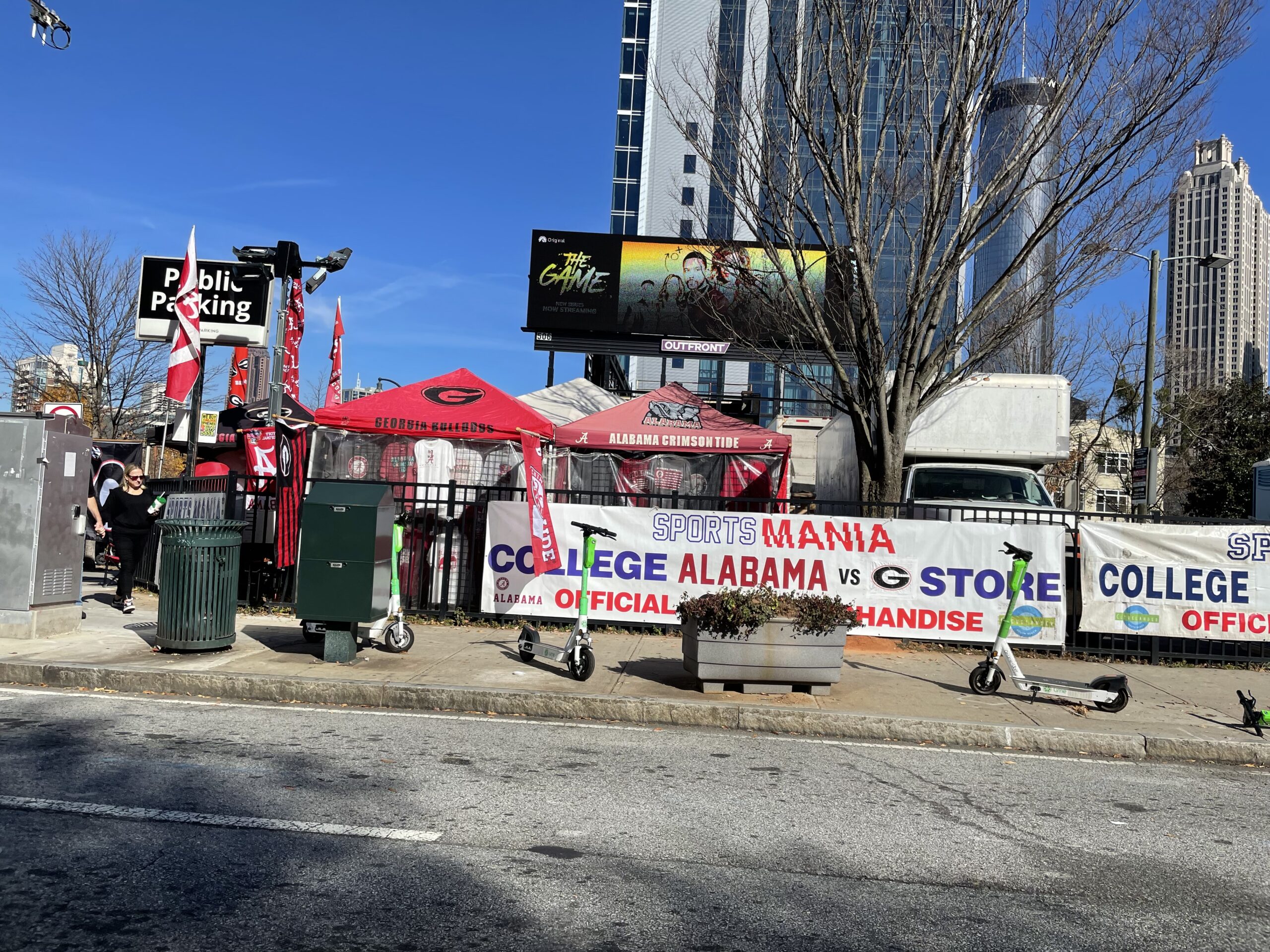 I make my way towards the stadium, past the CNN center, where I am greeted by a gentleman selling game day t-shirts.

He tells me they are “$45 bucks a piece,” and I then start to wonder to myself how much folks will be making downtown this week. The parking prices are in the $60 range for spaces at least a half mile from the stadium. 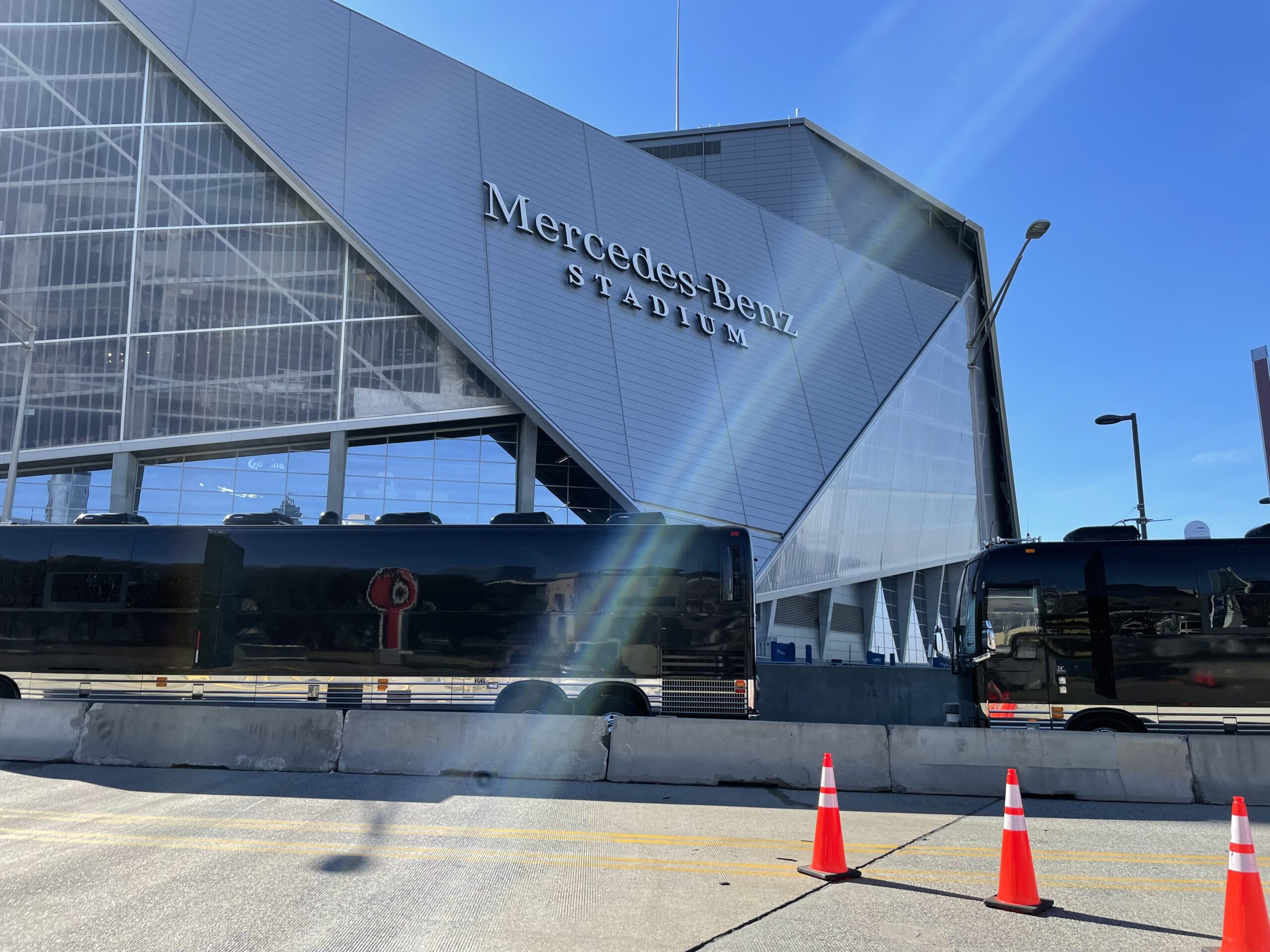 I finally arrive around the stadium, where I see the SEC is setup for its FanFare, which is actually pretty fun. I have experienced it numerous times.

But the traffic. My goodness, what a mess — even for Atlanta. I can’t imagine what Saturday will look like.

I continue down the road, scoping out what parking will look like once I arrive at the stadium on Saturday afternoon. I speak with one Uber driver who tells me he came in from Florida just for this weekend.

“I’ll make more money the next two nights than I’ve made in the last month alone. We’ve got drivers coming in from all over the region.”

This doesn’t surprise me much, as this is usually what happens on weekends with big events. But the fares tomorrow will be insane, so make sure to travel with a group and split the price. You’re welcome. 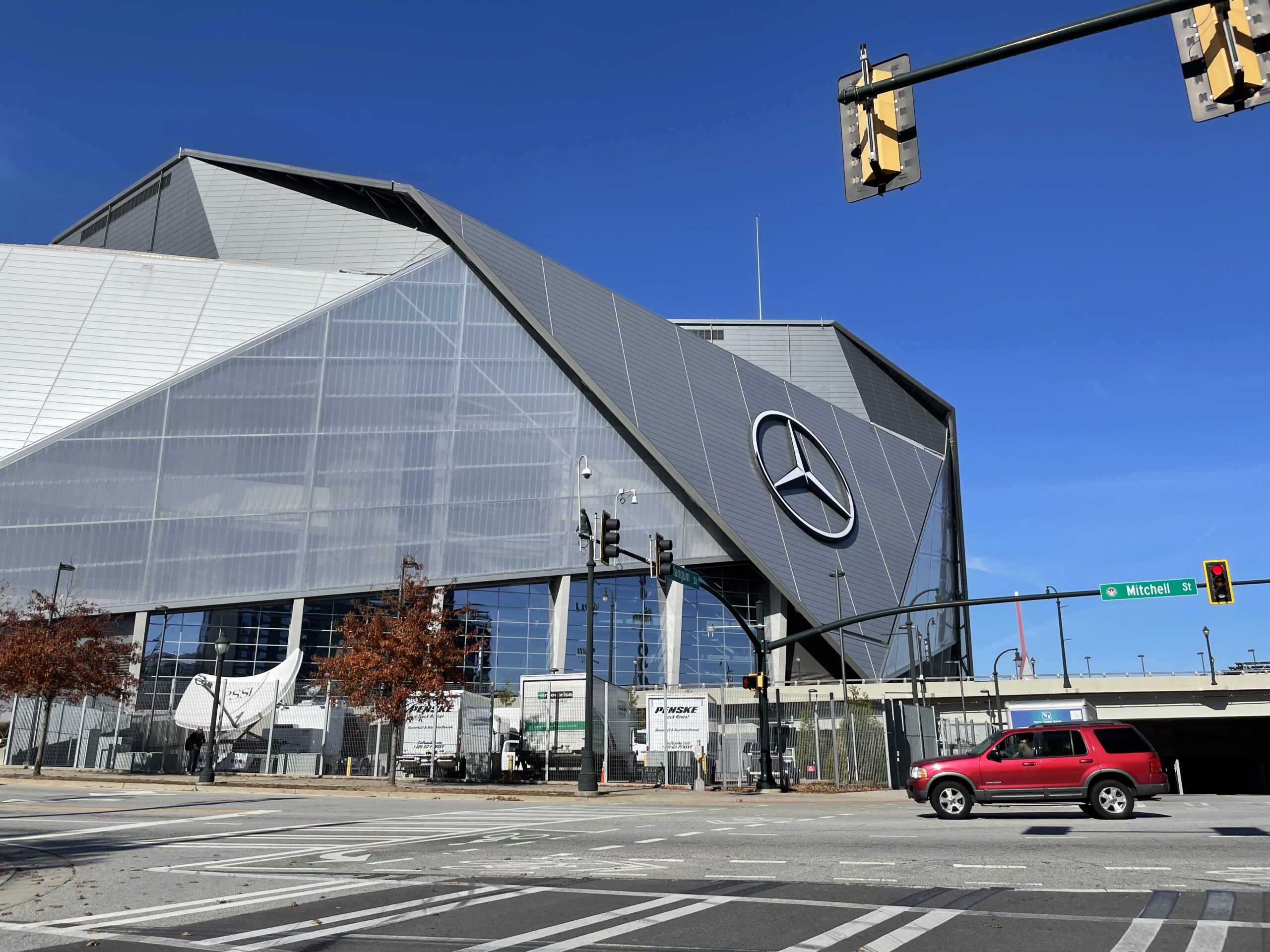 As I make my way around the rest of the area, I notice some guys already grilling out with their Alabama flags waving. I walk up to the group and ask how long they’ve been there.

They tell me about four hours.

“We gotta get the meat on the smoker and the beers flowing,” one gentleman jokes with me.

I ask them where they are from, and their reply doesn’t shock me as much as the amount of alcohol in the back of their pickup truck does.

Right at this moment, I realize we are almost 24 hours from kickoff, and things are already on track for an amazing Saturday in the South.

Let the fun begin — that is, if you aren’t already here and have your meat smoking on the grill.