The Toronto Star reports there’s an idea floating around that NHL opening day will be played on a frozen Lake Louise at the base of the Rocky Mountains in Alberta. It’s clearly a wild idea, but the frozen waters just offshore from Fairmont Château Lake Louise would guarantee eyeballs on January 1, the date proposed for the return of the 2021 season.

“The discussions are in the preliminary stage and the Lake Louise outdoor game scenario, while postcard beautiful, would face several hurdles, starting with the state of the COVID-19 pandemic when play resumes,” the Star reports. “It’s also a popular destination even in troubled times, which could make booking hotels in the area around Christmastime a challenge.”

I’m sold. Don’t worry about hotel rooms. Figure that out later. Get Calgary — 190 km from the proposed site — and Edmonton — 475 km to the northeast — on the phone and tell them they’re playing January 1 on Lake Louise. When they ask where they’re staying, tell them they’ll be fine. Gary Bettman can find locals willing to host these guys for a couple of days like they’re back in Juniors.

You invite a limited number of fans. How does 500 sound? They pass COVID rapid tests and go into an outdoor pop-up hockey arena in one of the most glorious hockey settings possible. It’s just the type of serenity people will need on New Year’s Day, after what 2020 has done to their souls.

Before you ask, here are the average temperatures on Lake Louise that time of year.

That seems reasonable and not much different from what players encountered at Michigan Stadium during the 2014 Winter Classic, where it was 13 degrees and a wind chill of zero at the start of the first period.

Now we’ll have to see what the NHLPA thinks about this idea. Stay tuned. 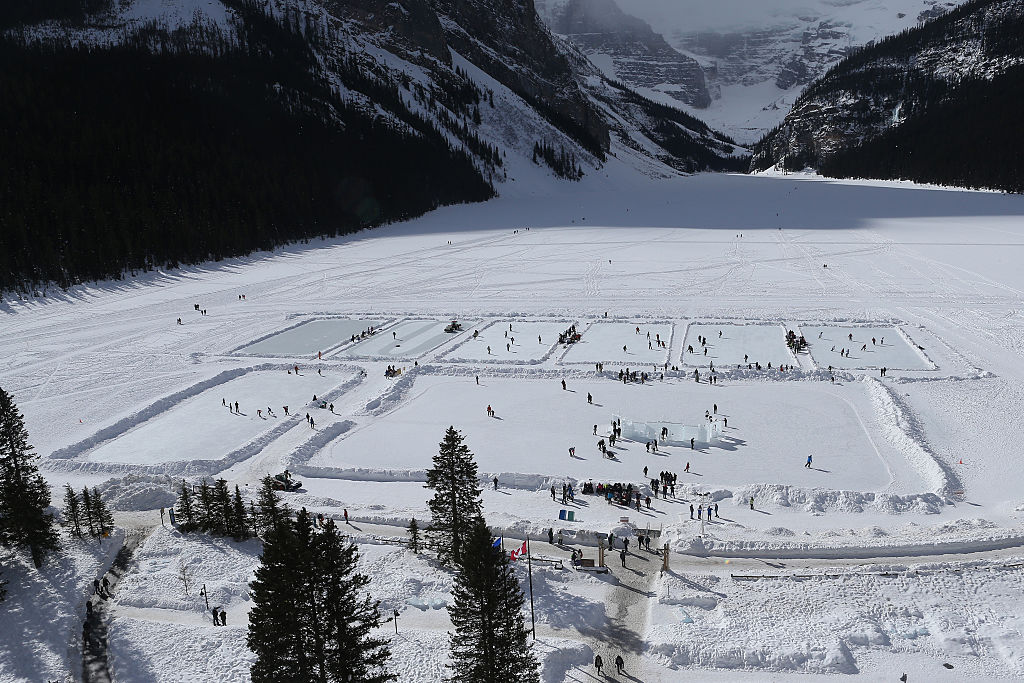 Imagine the NHL opening the season by having a game at Lake Louise😍 pic.twitter.com/LyEJMo2PIA