The Antonio Brown-Deion Sanders summit at Prime Time’s massive Texas ranch that included fishing, football and a life reevaluation ended Tuesday night as AB jumped on a plane with clear hopes that working with Prime will land him an opportunity to get back into the NFL and get his life back on track.

“Pops you inspire and teach me so much even til this day ! honor to call you pops, you been a great father figure role model for me since I was 6 years old ! Grateful thank you ?? pops your presence a present !,” Brown, 31, wrote lovingly on Instagram over the weekend from Canton, Texas where Prime, 52, owns a 150-acre dream spread.

Deion had AB, wearing a Raiders helmet, working out with Prime’s pro-style quarterback son Shedeur Sanders, who had 27 D-I offers at the beginning of the year. Of course, the trip also included bass fishing, talks on faith and family, plus a chance for Prime to see where AB’s head is at as NFL training camps inch closer.

But there are obstacles that Prime might have to put his reputation on the line to get AB back into the league. Roger Goodell will still have to rule on AB’s personal conduct issues.

The first — allegations of sexual assault and rape contained in a civil lawsuit — has been pending since September. Then came the alleged harassment of a woman who shared details of an Antonio Brown encounter with SI.com. Earlier this year, Brown was arrested and charged after an incident with the driver of a moving truck.

Until each of those investigations are resolved and discipline is imposed, Brown’s comeback can’t happen. And even if/when he gets clearance to return to the NFL, a team has to want to sign him.

Not the least bit shocking, the final IG Story from AB’s Texas trip is of him on a private jet playing his single, “Whole Lotta Money,” released earlier this year as he was in the midst of AB being AB. 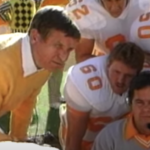 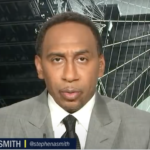