It’s never likely that a team lands a player like Giannis Antetokounmpo, but according to ESPN’s Brian Windhorst, Anthony Davis might help the Lakers try anyway. Davis is reportedly considering a one-year deal that would allow the Lakers to create room for Giannis next summer. While it would be catastrophic to the competitive balance of the league, it would make an historically great team.

Anthony Davis could be waiting to see how Giannis approaches his supermax extension, and Davis could decide to sign a 1+1 deal, which would give the Lakers room to pursue Giannis next summer, via @WindhorstESPN on ESPN.

Plenty of NBA fans will wonder why Giannis would be motivated to join LeBron and AD. It’s actually quite simple: Kawhi Leonard took a risk signing with the little brother Clippers and got himself Paul George. That was a mistake. If Kawhi had joined the Lakers, the conversation would be whether the LeBron-AD-Kawhi just created the best team of all time. Instead, we’re discussing Kawhi and his failing supporting cast choking a 3-1 lead to the Nuggets.

If Anthony Davis signs a 1+1 deal, Giannis can make the decision Kawhi didn’t make. Some of our readers will surely ask how much credit the Greek Freak will really get if he joins the star-studded Lakers. LeBron and AD would probably argue that great teams are remembered more than great players, and there’s something to be said for that. Old basketball heads can’t seem to stop talking about the Lakers-Celtics rivalry of the 80s. Hall of famers laced up and down those rosters, leaving no other teams a chance. No one cared.

How the Lakers can get it done

Anthony Davis and the Lakers would be given complete flexibility if that one-year deal comes to fruition. It would allow Davis and Giannis to collaborate over the structures of their deals with the Lakers in 2021. The Miami Heat used similar tactics to secure the James-Wade-Bosh trio. They took pay cuts to make it work.

The move would make the Lakers championship contenders until the late ’20s. Whenever LeBron retires, the Lakers would easily then be able to sell free agents on joining an AD-Giannis duo. They are two of the most dominant defensive players in the game, and they would would demand very little of the incoming star.

NBA teams have always been able to bring in dominant trios. The opportunity has always been there, but teams had to time their financial flexibility with the availability of key players. That’s why Anthony Davis might give up a long-term deal — so that the Lakers can cash in with Giannis while he’s still available. It would be an unselfish move that would create perhaps the greatest trio to grace an NBA floor.

Giannis would have to turn down plenty of money to make this trade happen, but it is still possible. Players have proven over the years that their legacies have become just as important as the money they make, so this is absolutely a development worth keeping an eye on. 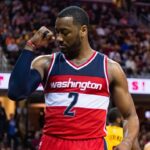 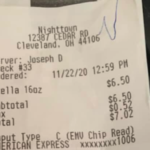