It’s Tuesday and the anonymous mailbag is here to save you from your work or quarantine related doldrums.

As always you can send your anonymous mailbag questions to claytravis@gmail.com, anonymity guaranteed.

That’s because she would rightly think, “Wait, if this girl will send nude videos to people who pay for them, what’s to stop her from eventually meeting up with my boyfriend and having sex with him for money?” I mean, sure, there’s a leap from filming personal sex videos for people who pay for them to having sex with the same people for money, but isn’t that leap pretty easy to imagine happening? I mean, it’s not like the boyfriend was buying art work from an artist and then offered to pay the artist for sex. He was paying for a form of sex gratification already — the subscription — and already advanced to personal porn. It’s not crazy to think that she might accept more money for more services.

I mean, if you will provide sex services for money, my assumption is if you pay more money that you will provide more sex services for more money. Sure, she might draw the line somewhere — and the consumer might draw the line somewhere here too — but this seems like a situation where it could escalate pretty easily. He has the extra money to spend and she has the services to provide.

But even if it doesn’t escalate I think the girlfriend would have a right to be upset here.

So let’s pretend this guy found a video on his girlfriend’s phone of a guy jerking off. (Yes, let’s pretend a woman would actually pay for these as opposed to get them sent unsolicited by perverts.)

Would her boyfriend be like, “Oh, no problem, cool. I thought he sent it to you for free! You paid for it, my bad, this changes everything. I love you. Sorry I got upset!”

Which is why if he’s doing this, he better prepare for his girlfriend, in the event she finds out, which it sounds like she might if he’s talking about it on a text chain with men and women both on it — to be furious and consider it to be a form of cheating.

“What should happen with youth baseball and t-ball this season? Like you, I’m a dad of boys and I’m involved with their sports. Where I live, “little league” practice starts in March and games are April – May, ending around Memorial Day when the school year ends. My kids had several pre-Covid practices in March before it all just stopped. My state’s “safer at home” health order expires May 15 but that could change.

Do we play a summer/early fall season? The reality here is the second half of 2020 is going to be compressed as it is, people will have travel fever and a lot of kids may not come back.

Do we play a short 2-4 week season just to give the kids exposure to the game and then move on to summer?

Note: I coach my five year old’s t-ball team. I sent a group text out to my parents a week ago asking if they would feel safe playing in May. So, 3 out of 11 responded yes; the other 8 did not respond at all.

Or do we just chalk this season up to the Covid and come back in 2021? If so, what are the effects, if any, of kids losing a year of playing ball? Is the result less kids coming back out in 2021 because they’ve moved on to other things, or more kids playing?

I believe sports are vital to kids’ development, not necessarily as athletes (most won’t still be playing in high school, much less in college or professionally) but overall as people. I’m just not sure what the way forward is on this one.”

My situation is almost identical to yours.

We started practicing in early March — I’m an assistant coach — and then everything got shut down when the nation shut down. Then we got an email last week saying the entire season was canceled.

This sucks because my nine year old was going to be on a really good team and I was excited to see how the season went. My nine year old is also scheduled for a summer basketball league, but I’m afraid this will get canceled too.

I don’t presume to know how other parents would respond, but if the league was playing I’d be fine with my kids playing. And I’d be fine with them going back to school as well. (I know my wife would too because she’s been homeschooling our boys for a few hours every day and they are slowly driving her insane.)

I love my three boys more than anything and don’t want them to take unnecessary risks. But you have to look at the data to help make intelligent decisions. And all the data tells us that kids aren’t in danger from the coronavirus at school and that they don’t appear to spread the disease to adults very often.

So what are we protecting by shutting down schools and sports leagues?

I’d be perfectly fine with my kids playing sports this summer and they definitely need to be back in school this fall.

I also agree with you that sports instill important life lessons and I’m disappointed my sons missed a season of little league for a virus that it’s now quite clear wasn’t endangering them or their teammates. My hope is that by the fall sanity will be prevailing in sports and in life. But we have to get more intelligent about the decisions we make as a country. And we have to have reasonable debates without allowing people to shriek, “BUT YOU DON’T CARE ABOUT PEOPLE DYING,” every time you suggest leaving our homes. 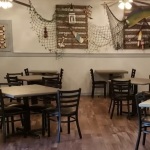 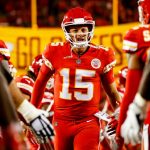