From the Friday, July 17 edition of Outkick the Show…

Coronavirus update.  It appears, despite all of the panic, the coronavirus has now peaked — according to the data — in Texas and in Arizona.

Both of these states, along with Florida, are going to have a fraction of the deaths of New York.

What should be the biggest story in all of America is the worst decision by any politician in the 21st century.  Worst than going to war in Iraq.

Andrew Cuomo’s decision to roll all of the infected patients back into the nursing homes.

This decision was then copied by the governors of New Jersey, Michigan, Illinois, Massachusetts, and Connecticut.

All of the states that have massive death rates made the decision that Andrew Cuomo pioneered of sending sick patients back to nursing homes because they were afraid of overloading the hospitals.

This was the worst decision by any elected official by far and so long as Florida, Texas, and Florida don’t copy of it, their death rate will be a fraction of the death rate in New York.

Hopefully, when we see these numbers side-by-side and when we have the same number of confirmed cases in Texas and in Florida as they had in New York, someone will take a step back and say “wait a minute, why did New York did so poorly compared to the states in the south?”

And the answers is, because Andrew Cuomo made the most disastrous of any elected official of the 21st century in America.

It should be the number one story in America but it’s not because the media is not covering this story in an honest perspective.

Instead the CNN is trying to turn him into a Nobel Prize winner by putting him on every night with his brother. 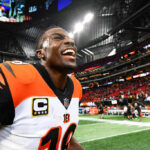 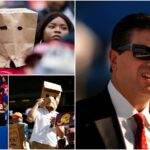