We have all, at one point in time, imagined or compared ourselves to a movie character. I once told my friends I was going to be Batman. New York Gov. Andrew Cuomo is no different. According to a Tuesday report in the New York Times Magazine, the disastrous governor likened himself to Sonny Corleone, Vito’s eldest son and groomed heir in The Godfather.

A former associate said that Cuomo bragged about his power, claiming he was just like Sonny.

“I loom over that table,” the associate Cuomo claimed. “In their minds, I’m Sonny Corleone and I’m capable of anything.”

Now, let’s address the important question: if Andrew is Sonny, trained to follow in his father’s footsteps, that makes Mario Cuomo the Vito. That checks off. So, where does that leave Chris Cuomo? 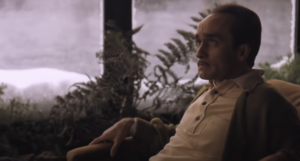 I mean, he’s not Michael…

By the way, I’m not sure why someone with the ego of Andrew Cuomo wouldn’t refer to himself as Michael instead of Sonny? Odd, it’s like he foreshadowed his career falling to pieces as soon as it peaked.

In the non-Godfather section of the report, a source told the New York Times that Cuomo — who is mired in a series of sexual harassment allegations — openly boasted about his oral sex skills in a team meeting held during his first term as governor. According to Daily Mail, a Cuomo spokesperson said the comment was never made.

The Godfather references, though, were not denied. This wasn’t the only time Cuomo likened himself to a successful member of The Godfather family, either. Last year, Cuomo strangely compared Fauci and himself to Al Pacino and Robert De Niro. The Pacino and De Niro of the COVID era, to be exact.

Have any two people during the “COVID era” exposed themselves to be utter fools like Andrew Cuomo and Fauci have? (Maybe LeBron.)

For what’s it worth, Sonny is my least favorite character in The Godfather and in terms of governors, well, you get the point.