With just about 15 games left in the regular season, pennant races are getting tight. Let’s take a look around the league at who’s winning their divisions and what to expect when it comes time to hand-pick their first round match-up.

East- The Tampa Bay Rays started out the year falling behind a scorching Yankees squad, but injuries in New York changed that. Tampa currently sits 3.5 games ahead of Toronto and 4.0 on the Yanks, but New York should still be on their mind. Can’t miss the bombers now winning game after game behind MVP candidate Luke Voit and the squad getting healthy at the right time. Tampa might have hit Gerrit Cole well early this year, but won’t want to see him in October.

Central- A one-game lead in THIS division for the Chicago White sox is obviously nothing to get comfortable about considering who’s on their heels. Check out what’s going on in Cleveland with Shane Bieber striking out 100 batters faster than any pitcher in baseball HISTORY. Overall record in the American League becomes vastly important to help the division winner avoid their own rivals in October.

West- This division is wrapped up with an Oakland A’s bow on it. Their fate may have just changed with the hip surgery that sends platinum glove third baseman Matt Chapman to the sidelines for the year. This team’s pitching staff ranked 4th in all of baseball, so losing a bat doesn’t entirely extinguish their chance for a small market title.

When healthy, teams should be worried about the New York Yankees and that’ll be on full display during the MLB Selection Show. Clear as day that the best team in this league lost their division to health, not talent.

East- The Atlanta Braves have a 3.5 game division lead, but we all know it’s not that close. This team can be beaten in October and the same story seems to be materializing in Atlanta: No pitching. With the loss of ace Mike Soroka to a torn Achilles, containing a Braves lineup remains the only challenge. Their postseason undoing this year will probably look just like their 2019 exit.

Central- 4.0 game division lead for the Chicago Cubs, but this team will play much better in the playoffs. With the 9th best pitching staff in all of baseball, their lineup has potential to put series away. If your favorite team matches up with them, good luck.

West- The Dodgers have just a 2.5 game lead on the San Diego Padres? Everyone saw the young and exciting Padres surging, but not like this! A struggling L.A bullpen might thrust San Diego in the driver’s seat for the Selection Show. Regardless of the final standings here, this division has two teams the National League would rather avoid. Hand-picking a series with Fernando Tatis Jr. and Mike Clevinger is bad business. Equally as brutal for a squad to end up with a series against Mookie Betts and Cody Bellinger.

For the first time in what feels like forever, the National League is DEEP! They have multiple divisions with real World Series chances.

Expect the AL Central to make some noise in the postseason as most TWO of those squads (White Sox & Indians) have TOP-THREE pitching staffs in baseball. Considering the Twins sit at FIFTH, the race for the pennant in October is the definition of a crapshoot. 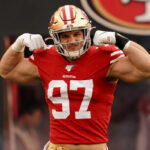 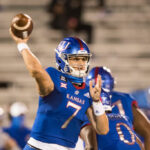