I’ll admit, I don’t spend that much time paying attention to early rounds of tennis majors. Especially not when that major is taking place during the NFL playoffs.

But over the weekend I heard about American tennis player Tennys Sandgren, who grew up in the Nashville area and went to the University of Tennessee, winning three matches at the Australian Open. I looked him up on Twitter and saw that he followed me — which clearly means he’s awesome and has great taste in sports media — and I’m going to try to get him on Outkick the Coverage tomorrow.

After I tweeted congrats to him early this morning several of you sent me this clip from his post-match interview with the media. Sandgren had just won a five set match to advance to the quarterfinals of the Australian Open. He’s the final American in the tournament and prior to this year’s Australian Open he had never won a Grand Slam match or beaten a top ten player.

And he just upset the number five player in the world in a thrilling five set match, which was literally the biggest win in his career.

So there are quite a few pretty awesome story lines here to pursue if you’re a journalist there covering the tennis tournament.

So what did one Australian journalist choose to pursue instead? Sandgren’s politics. Seriously. And out of nowhere. It’s not like Sandgren had been opining on the government shut down or his beliefs on global economic trade and policy. Then, boom, this question happens.

I’d encourage you to go watch the video here, since, for some reason, there’s no embed code. (If someone can find me an embed code for this video I’ll put it directly beneath here.)

Sandgren is questioned based on his Twitter activity and the clear intent of the questions is to accuse him of being racist, alt right, and whatever other pejorative you could include that is directed against someone who may, and I stress may because I don’t know Sandgren at all, have the absolute gall to vote for Republicans or believe in conservative government.

The question ends with this final statement from a sports journalist who just watched Sandgren complete a five set win: “I just wondered if you were concerned about having yourself connected to some of these controversial figures.”

To his credit Sandgren follows up the question by immediately saying, “No, I’m not concerned about it….who you follow on Twitter I feel like, doesn’t matter even a little bit. What information you see doesn’t dictate what you think or believe and I think it’s crazy to think that and I think it’s crazy to assume that. To say that he’s following X person so he believes all the things that this person believes. I think that’s ridiculous. That’s not how information works. If you watch a news channel you wouldn’t then say that that person who watches that news channel thinks everything that news channel puts out…No, I’m not concerned about it and I don’t think any kind of engagement in that way dictates that you are then right in there with that particular person. I don’t think it works that way and I don’t see it as working that way. I mean, you can ask me about my beliefs on things and that’s cool, but I think to lump in and say, well you follow so then wow, who are you?”

Then comes a follow up, “Do you support the alt right movement?”

And Sandgren says he doesn’t.

But here’s the deal, so what if he does? It’s not illegal to be alt right. Especially when the alt right is just a made up media invention. Hell, according to Politico, I’m alt right. And I’m pro choice, anti the death penalty, and worked in Democratic politics until the party went insanely left wing.

Alt right is a made up label by far left wingers — the alt left! — that literally means nothing at all.

Which is why I wish Sandgren had expounded on first answer.  And said something like this:

“I don’t support any movement entirely, but I think it’s the responsibility of every intelligent American to expose himself to a variety of perspectives so he doesn’t get trapped in a dogmatic silo where he’s convinced that only his side is right and the other side is completely wrong. Questions like yours are perfect examples of why this is important, you came into this interview with a clear intent that I’m a bad person because of who I follow on Twitter and now you’re seeking to perform a kind of mind control over me. You’re saying I shouldn’t be able to follow people you disagree with. That’s you making a values judgment and attempting to foist your values upon me. That’s everything that’s wrong with American and global politics. If you want to write about politics, write about politics, but don’t pretend you care about my politics at all, you’re just looking for an opportunity to write what you think and use me as a foil to justify that article.”

That would have been a home run response here and gone viral in an instant, but I still think Sandgren did a pretty good job answering this question given there was no way to anticipate it was coming.

I’d like to say I’m surprised that the left wing sports media has reached this point — where they’re actually searching to see who an athlete follows to attack him for conservative political beliefs — but this is a logical extension of where the sports media has gone. We now have members of the sports media searching an athlete’s Twitter feed to see who he follows and then asking him about them if they aren’t deemed “socially acceptable” by that media figure.

And by “socially acceptable” we mean, “left wing.”

Have you ever heard a social justice warrior athlete quizzed about his Twitter feed or who he follows? Because I haven’t. Ever. Hell, have you even heard Michael Bennett aggressively questioned about his fake racism allegations or heard Colin Kaepernick justify his political stances in a reasoned discourse featuring the kinds of questions that a politician would receive? I haven’t.

That’s because left wing sports figures are protected and praised and anyone who doesn’t have left wing opinions is attacked.

Even when, as is the case here, Sandgren is just answering questions about the biggest tennis match of his life, which he just won, and has said nothing about his politics at all.

This has become a consistent theme of late, trying to get athletes to talk about politics so sports writers can opine on left wing politics in sports articles or columns.

There are many examples I could cite, but I’m just going to link a few of them here.

Last summer the USA Today’s lead columnist attacked a golfer for what she deemed sexist commentary connected to Donald Trump. Of course, as you can see from the article I wrote, there was no connection at all.

At the national time game last month, one of Georgia’s best players was asked, out of nowhere, about his opinion of Donald Trump.

These two questions of Georgia player in advance of college football title game are perfect example of sports media trying to make up stories so they can write negatively about Trump. First two questions he got! pic.twitter.com/1MmDCvPLQI

Here’s another question for a tennis player at the Australian Open, this time about Colin Kaepernick. Just listen to this.

And just last week MSESPN attacked Kid Rock for his politics because he was selected to sing the national anthem at the NHL All Star Game. I’d encourage you to read that Outkick column if you haven’t already.

Look, as I said on Friday, I’m perfectly fine with sports media wanting to write their own political opinions. I share plenty of my opinions on every subject, politics and otherwise, on this site and on my shows. But I make it clear I’m telling you exactly what I think, not trying to pretend I’m writing straight news coverage while simultaneously writing a disguised opinion piece that rips an athlete.

And as a first amendment absolutist, I don’t think that’s healthy for our country.

Furthermore, I think sports fans are voting with their eyes and ears that they don’t want to see sports and politics obsessively mixed together from mainstream outlets. Sports is, for most of us, an escape from politics. The more political sports becomes, the more millions of sports fans find other ways to spend their leisure time.

Congrats to Tennys Sandgren on the biggest win of his tennis career, but even more props to him for handling these questions with aplomb.

I just wish you’d gone even farther putting that journalist into place. 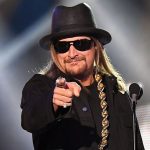