Emotions boiled over in the world of cycling where Team Trek-Segafredo has suspended 19-year-old Quinn Simmons for what it’s calling “divisive” comments. There were apparently two tweets that sent Team Trek-Segafredo over the edge, including a tweet where Simmons wrote “bye” and included a dark-skinned waving emoji on a tweet from Dutch journalist Jose Been that read “If you follow me and support Trump, you can go.”

In another tweet, Quinn responded, “that’s right [American flag icon]” to a guy who determined Quinn to be a “Trumper.”

And it is officially ON in the world of cycling. People are picking their sides and the woke cycling community is full of rage towards Quinn, who won the 2019 world junior road race championships.

“Trek-Segafredo is an organization that values inclusivity and supports a more diverse and equitable sport for all athletes,” the team said in a statement. “While we support the right to free speech, we will hold people accountable for their words and actions.

“Regrettably, team rider Quinn Simmons made statements online that we feel are divisive, incendiary, and detrimental to the team, professional cycling, its fans, and the positive future we hope to help create for the sport.

“In response, he will not be racing for Trek-Segafredo until further notice.

“The team and its partners will work together to determine how we will move forward and keep fans and the public informed as to the decisions made in the matter.”

According to Fox News, Been “wrote that she felt ‘horrible’ about it and that she wouldn’t have wanted Simmons to be suspended.” Been has since deleted her Twitter account.

And just like that, Been is gone and Simmons has been dropped by his cycling team. In case you haven’t noticed, election season is in full swing. Wild times out there.

I like talented young bike racers as much as anyone, but I refused to cheer for anyone who supports a racist, hateful fascist like @QuinnSimmons9 does. I am officially rooting for everyone else. pic.twitter.com/FvYavmNULl 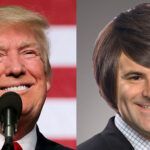 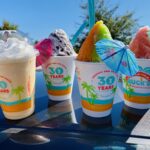