The most encouraging moment in the NFL on Sunday occurred not in the trenches, but in the Pittsburgh Steelers locker room. Before his team took the field against the Denver Broncos, center Maurkice Pouncey affixed a decal bearing the name “Eric Kelly” to the back of his helmet.

Kelly, a black Pittsburgh police officer, was killed in the line of duty in 2009.

Athletes and sycophants of Colin Kaepernick, LeBron James and their misguided social justice crusade should take note. We need more Maurkice Pounceys. His decision to honor law enforcement was an illustration of leadership in its truest form.

In their Sept. 13 opener, the entire Steelers team took the field with the name “Antwon Rose Jr.” affixed to the back of their helmets. It was an awful look for the organization, as Rose Jr. and two friends had been involved in a 2018 drive-by shooting moments before being pulled over by cops.

East Pittsburgh police officer Michael Rosfeld was in the process of hand-cuffing the driver when Rose, 17, and another passenger started running. Rosfeld later testified he thought one of the two pointed a gun at him, and he shot Rose. The case went to trial and Rosfeld was acquitted.

The Steelers, justifiably, were bashed for honoring someone who had been involved in such a ruthless, heinous crime — Rose had gunshot residue on his hands and an empty 9-millimeter magazine his pocket — and much of last week was spent trying to determine who made the reckless decision to do so.

The players blamed team officials. Others claimed there was a vote. The more likely scenario is that it was a collaborative decision between representatives from both sides. Nonetheless, the lack of research into Rose Jr.’s case was inexcusable.

And it didn’t sit well with Pouncey, who issued a statement saying he’d “inadvertently supported a cause of which I did not fully comprehend the entire background of the case.”

It was no surprise, then, that Pouncey removed Rose Jr.’s name from his helmet. But his decision to replace it with the name of a police officer was a bold, courageous statement that we don’t see often in NFL and NBA locker rooms.

According to multiple reports, Kelly was one of three officers killed in Stanton Heights in 2009. He had completed his shift that day but still responded to a call for backup when two of his colleagues had been shot at a home. Kelly arrived on the scene and was rendering aid when he was ambushed and killed by the same shooter.

There are hundreds of Eric Kellys out there, fallen officers who died protecting people they don’t even know. But their stories rarely get told in NFL and NBA locker rooms, which are swarming with players who have been brainwashed by the irresponsible and dangerous anti-police rhetoric spewed by James, Kapernick and others.

Heck, even after the warranted public ridicule Pittsburgh received for honoring Rose, there were still Steelers players with his name on their helmets again Sunday. Maddening.

Frustrating as it can be, there’s hope that many of them will eventually mature and come to their senses. Sometimes, amid all the tension and angst, it’s easy to forget that the people who are attempting to be our thought-leaders are simply 20-somethings with a limited worldview who are more concerned with being popular on Twitter and accepted by James and Kaepernick than they are about forming opinions based on facts and logic.

Be patient. They still have time to change.

Pouncey knows that all too well.

It wasn’t long ago that he was one of them.

During his college career at the University of Florida, Pouncey was known to run with a rough crowd that included All-American tight end Aaron Hernandez, who was in jail for murder when he committed suicide in 2017. In 2013, Maurkice and his twin brother, Mike, were photographed at a night club wearing “Free Aaron Hernandez” hats. Maurkice later apologized, but his association with and loyalty to Hernandez still stained his image until recent years.

Now it’s the exact opposite.

He and his brother, Mike, have started the Team Pouncey Foundation for at-risk and disadvantaged youth and have donated more than $10 million to that cause through the years.

Last December the Steelers nominated Pouncey for the Walter Payton Man of the Year award for his philanthropic efforts to bring Pittsburgh police and the community closer together. For the past three seasons, he’s donated tickets for Pittsburgh police officers to take kids in city neighborhoods to games.

“Moving forward, I will make my own decision about what to wear on the back of my helmet,” he said. “Make no mistake, I am against racism and I believe the best thing I can do is to continue helping repair relationships between the police and their communities. Systemic racism issues have occurred in our country for too long, and that needs to stop.

“My focus will continue to be on helping the police in our communities, and I will support making any necessary changes to help those efforts.”

Unlike so many others, he’s not a part of the problem. 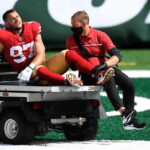 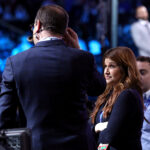