You, of course, already know that Amazon has surged throughout the pandemic, as the shift from retail to online shopping has accelerated even faster in 2020 than it has in previous years. Nonetheless, the scale of Amazon’s growth is still staggering. As the New York Times details, Amazon added 427,300 employees between January and October. Since July, they’ve added nearly 2,800 employees PER DAY.

Of the 1.2 million members of the global Amazon workforce — up over 50 percent from a year ago — 810,000 live in the United States. However, these numbers still understate Amazon’s job numbers, as there are about 500,000 Amazon delivery workers who are contractors and not direct Amazon employees.

The Times makes the case that this hiring wave is unprecedented in American history:

“Such rapid growth is unrivaled in the history of corporate America. It far outstrips the 230,000 employees that Walmart, the largest private employer with more than 2.2 million workers, added in a single year two decades ago. The closest comparisons are the hiring that entire industries carried out in wartime, such as shipbuilding during the early years of World War II or home building after soldiers returned, economists and corporate historians said. ‘It’s hiring like mad,’ Nelson Lichtenstein, a labor historian at the University of California, Santa Barbara, said of Amazon. ‘No American company has hired so many workers so quickly.’”

Whether this hiring spree is good or bad is complicated. On one hand, these jobs likely offer better compensation than other available jobs, or people either wouldn’t take the jobs or they would leave them when better opportunities arose. On the other hand, its status as a large-scale employer gives Amazon considerable leverage in fighting off regulation. You can imagine the conversations it has with local elected officials. It would be a shame what would happen to all these jobs if you raise our taxes…

This story from the New Yorker, published last October before Amazon surged even more, does a good job of contextualizing how Jeff Bezos guided Amazon’s growth, the fight against regulatory authorities, and the pros and cons for workers.

Last August, Tech Crunch cited a report that claimed that the pandemic has accelerated the shift from physical retail to e-commerce by five years. It honestly might be more than that. Amazon has reduced its delivery windows remarkably. Most items arrive in a day or two now. I saw an Amazon worker deliver a package around 8:00 pm last Sunday night. The company is relentless in its ambitions.

It will be fascinating to see where this goes from here. How big will Amazon and other colossal tech companies like Facebook and Google get before the government seeks to break them up? 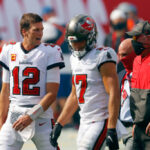 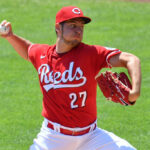