Allen Iverson had some rather strong words for an unnamed TV personality during Showtime’s ‘All The Smoke’ with Stephen Jackson and Matt Barnes, saying: “The way you hate me, motherf–ker I hate you too… and your daddy.”

“I know you hate me and trust me… I hate you,” Iverson said, adding it isn’t Skip Bayless. “I got love for Skip.”

The only hint that Iverson gave is that it’s someone who does what Skip does in the TV personality world.

It’s not Screamin’ A. and it is highly unlikely that it’s Philly talking head Howard Eskin, whom A.I. thanked during his 2014 jersey retirement speech. However, Eskin did have strong words for Iverson this summer while 94 WIP was running a Philly greatest of all time bit.

“I heard a caller earlier while I was walking getting my 12 miles in. A guy said that, ‘Iverson was a lunch pail guy.’ Well let me remind you of this quote, ‘How am I gonna make my teammates better by practicing?’

“So he wasn’t a lunch pail guy everyday,” Eskin said. “He didn’t come to work everyday, he didn’t work hard everyday. He played hard in the games and he was terrific. But to have him number one is the most ridiculous thing I have ever heard. I have him like right on the edge of the top five. If you can’t tell me that Mike Schmidt is number one.”

Doesn’t seem like those are strong enough quotes to garner a “motherf–ker” during an interview, but it’s 2020 and emotions are high.

Could it be Dan Le Batard and Papi? What about Colin Cowherd? Maybe Bill Simmons and his father have rubbed A.I. the wrong way over the years, even though Bill’s father has no known beef with the hall of famer. Doug Gottlieb could be the play here, but his father died in 2014.

The Twitter world claims this one is easy, that Iverson is talking about Outkick’s Jason Whitlock. In fact it trended almost all day.

Big Sexy said that is probably not a realistic guess, unfortunately.

“I doubt AI even knows who I am,” Whitlock said about such speculation. Whitlock’s dad also passed in 2013, and Jason wrote an epic obituary. 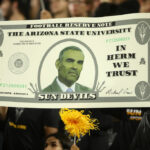 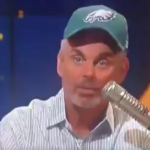