It turns out you can’t be a Bourbon County (KY) man and be (allegedly) ripped at a Woodford County middle school basketball game while carrying a gun on school property. Mark West, 53, was sent to the Woodford County Detention Center Tuesday morning on charges ranging from assault, menacing, public intox, and unlawful possession of a firearm on school property, according to Kentucky.com.

Video from the middle school basketball game shows a police officer use an amazing sweep the leg method to take out West as kids run for cover into the locker room as police throw the cuffs on their man.

Montgomery County Schools, released a statement Monday night informing parents that everything was under control.

“To inform our parents, there was an incident tonight at the middle school basketball championship game between McNabb and Bourbon Co hosted at Woodford Co,” the school announced on Facebook. “An unruly Bourbon County fan was arrested by police at the game after displaying inappropriate behavior. The fan was determined to have a gun in his possession at the time but it was not used in the course of the incident. All of our students and parents are safe. We thank the work by our staff at the game and the Woodford County SRO for keeping everyone safe.”

2. How did his head feel after getting released from the pen?

4. What happened to the days in Kentucky when you could be hammered and armed in Kentucky? 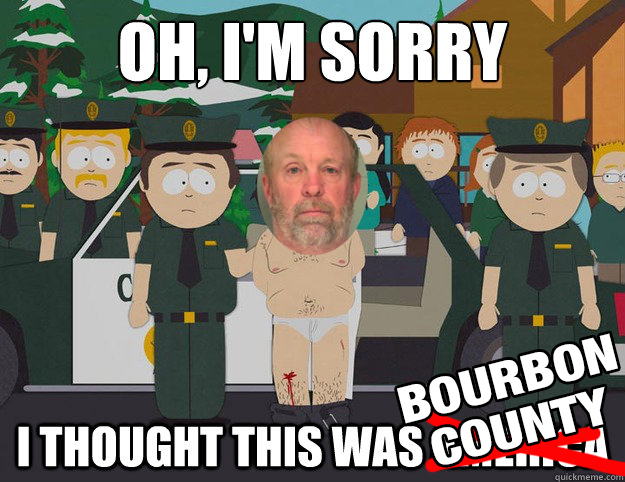