Winning titles has suddenly become the Boston norm, and now, the Boston Red Sox have re-introduced Alex Cora as their manager. They’re expecting Cora to help the Bo Sox head back towards contention and ultimately another World Series title. His comments in this morning’s press conference prove winning is everything, even if you cheated.

Before we break this press conference down, check out the wording of the Red Sox’s latest tweet:

Feels good to be home. pic.twitter.com/a8kxuEE0ZW

“Feels good to be home,” some Red Sox intern said. What’s most important is that the Boston community is clearly welcoming Alex Cora back with open arms. That’s why the Red Sox feel comfortable calling Boston Cora’s home, even as the rest of Twitter claims he’s professionally homeless and forever tainted. The use of cameras to steal signs was largely criticized around baseball, but few Houstonians or Bostonians cared. After all, local fans enjoy World Series titles at everyone else’s expense.

Cora now returns a hero that brings nostalgia of a Boston 2018 World Series title, leaving outside noise unheard. Alex Cora did, however, address the cheating scandal before he addressed any other questions.

“I just wanted to apologize. I deserve what happened this year, and it’s something that I’m not proud of,” Cora said. “The organization was put in a tough spot, and I never thought this would happen.”

How should we feel?

Few people who cheat ever believe they’re going to be held accountable. That’s why they do it. It’s widely understood that those who cheat have already weighed whether it’ll be worth it. In the case of Alex Cora’s Houston Astros, they won the biggest reward of them all: a World Series ring. It was definitely worth it.

I wrote a couple weeks ago that Cora should return as manager in Boston for 2021. My feelings haven’t changed. That he’s where he needs to be right now. Red Sox owner John Henry’s job is to hire the manager that best influences his team to win, and Cora is a proven winner.

At the beginning of the conference, front office executives took turns finding new ways to say Cora was “inspirational.” Winning inspires a city, and that’s why Alex Cora is the perfect fit.

You’re probably wondering why Cora was greeted like a hero returning from war, while many Astros players have not. The answer is because Cora seems to take responsibility for his actions: “I am deserving of the punishment that I received. I served my time and am happy to be here,” Cora said.

Cora responded with contrition, which is the opposite of how Astros players responded. Astros players gave soundbites like “What are they gonna say now?” in regards to winning the ALDS, or “People need to let it go” when Joe Jelly threw at Astros shortstop Carlos Correa. They took the blame at first, but shortly after began to duck the tarnished legacies they earned. Cora did the opposite. He shared with us that he deserves everything he has gotten. He said he was sorry.

The Boston Red Sox finished in last place in the American League East, so they have some work to do. Letting Alex Cora back on board should help them figure out where they’re headed in 2021. 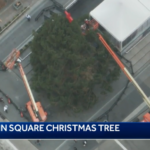 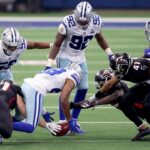